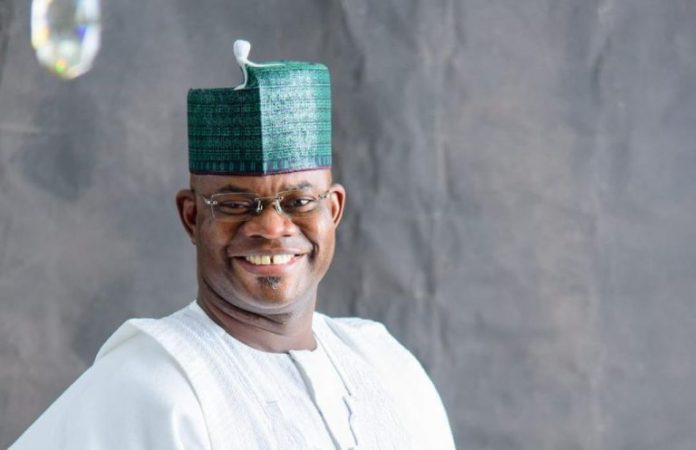 Governor Yahaya Bello of Kogi State has called on the Economic and Financial Crimes Commission (EFCC) to assert itself more in preventing fraud and theft of public funds rather than advertising recoveries.

Bello gave the charge at the North Central Zonal Public Hearing on review of the Revenue Allocation Formula (RAF) in Lokoja on Thursday.

The governor also called on the Revenue Mobilisation, Allocation and Fiscal Commission (RMAFC) to partner to ensure that funds were not stolen.

Bello, who regretted the poor allocation of funds in relation to staff strength in states, pointed out, however, that the trillions reported in the media as recovered funds could be distributed if they were not stolen in the first place.

He said that the job of the EFCC would be more effective, if the fraud was prevented in the first place than expending resources and manpower in attempts to recover them when stolen.

“Often, states and local governments can do nothing more than look on, helpless, at the distressing frequency with which our media report the discovery of trillions of naira in distributable revenue.

“These are revenue which the NNPC or other revenue generators neglected, failed or refused to remit to the federation account as due.

“The RMAFC has a concomitant duty to prevent this from happening. It can easily do so in collaboration with sister federal agencies such as the EFCC.

“I call on the general public to help inform the EFCC that Gov. Yahaya Bello advises that preventing such larceny of our communal funds is actually a better use of her valuable resources and time.

“Rather than the recent dealing in innuendos about alleged lost or found funds in alleged secret accounts of the Kogi State Government, which neither I, as Chief Executive, nor my administration know anything about.

“We still challenge them, therefore, to clarify publicly to Nigerians if in all of their current hide-and-seek with one of the banks in this country they have discovered that even one kobo was misapplied or misappropriated,” he said.

He also urged all stakeholders to reconsider the revenue formula currently in play and come up with a fairer sharing ratio among the federal state and local governments.