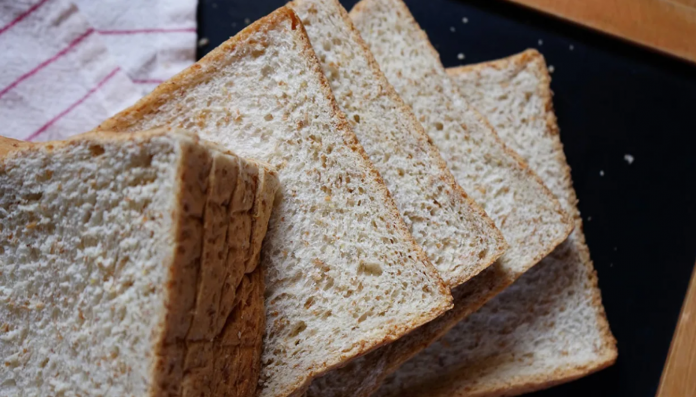 ‘s been advised by many nutrition experts that swapping out white bread for wheat bread is one of the best things you can do for weight loss. Wheat bread is typically higher in fiber, which helps you to feel fuller compared to a measly piece of white bread. However, according to a recent study published in the journal Clinical Nutrition, wheat bread actually isn’t the best choice in terms of losing weight long term.

Researchers from the Chalmers University of Technology in Sweden state that rye bread is actually healthy for weight loss compared to wheat bread.

00:00 / 00:30
The study split 242 overweight men and women into two focus groups, all between the ages of 30 and 70 years old. One group ate regular refined wheat bread while the other group ate whole-grain rye products with the same energy (i.e. calorie) level. The participants were also advised on healthy eating habits from a dietitian to follow over the course of the study.

After 12 weeks, researchers were able to conclude that while both groups were able to lose weight during the study, the group that ate whole-grain rye products lost an average of one kilogram (around 2.2 pounds) and decreased their body fat by 0.54%.

RELATED: Get even more healthy tips straight to your inbox by signing up for our newsletter.

Whole-grain rye is known to have a high fiber content compared to other generic refined bread products, with up to 2 grams of fiber per slice, according to the USDA. Rye bread is also known for having a dense amount of nutrients in it like selenium, thiamine, manganese, niacin, riboflavin, vitamin B6, copper, iron, and folate. A slice of generic refined wheat bread only contains around 1 gram of fiber.

The study states that those who regularly eat rye bread with a high fiber content feel more full than those with eating the same amount of wheat bread. Feeling full and satisfied is key for weight loss, so finding foods high in fiber that keeps you satiated is better than continually eating more “empty” (i.e. not filling) calories to feel full.

Although the study did see a difference in weight compared to the two groups, the researchers do state that more research is needed in order to determine a final claim—especially when it comes to observing differences in appetite, location of participants (rye bread is easily accessible in Scandinavia and Europe), and continually looking at whole-grain rye intake and fat reduction.

However, while more research can be done, the researchers did conclude that eating rye bread instead of sifted, refined wheat bread is better for your health—and assisting with weight loss.