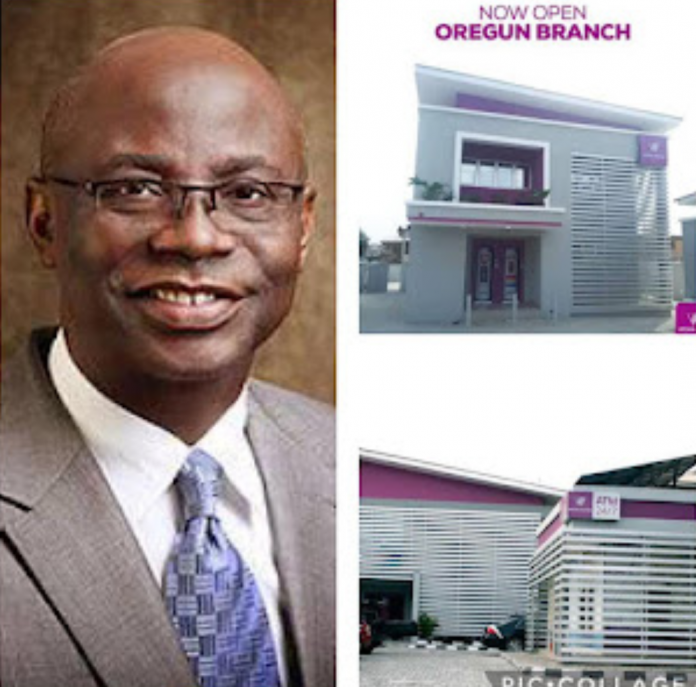 Indications emerged on Monday that an associate of President Muhammadu Buhari and Senior Pastor of the Citadel Global Community Church (formerly known as the Latter Rain Assembly), Pastor Tunde Bakare, had run into seeiose trouble over a loan he took from WEMA Bank few years ago to build a monumental edifice for his church.

This is because there is a renewed resolve of the management of the bank to retrieve all huge loans taken by debtors who have not been servicing their loans, the very voluble pastor may be in for interesting times, as the loan taken to build his new church has risen to about nine billion Naira (N9 billion).

According to information pieced together, the likelihood of Wema Bank’s axe falling on Tunde Bakare is high, and when it falls, it is going to cut so deep that even he would question where he went wrong.

It is being reported that in building his new church headquarters, the multi-billion naira Citadel Global Community Church edifice in Oregun, Ikeja, Lagos, Pastor Bakare exploited his relationship with Wema Bank to secure a N4.5billion loan. The thinking, according to sources close to the pastor is that the bigger the church became, the more populous and prosperous it would become.

However, neither Bakare nor any of Nigeria’s prominent pastors foresaw COVID-19, which altered how humanity related and worshipped God. As the world went into lockdown, with many public places and worship centres shut, many churches had to take their services online. Even though offerings were accepted online, the revenue was nowhere near when the church was in full swing.

Pastor Bakare’s projections did not materialise and now, the loan has reportedly risen to N9billion with interests. Sources close to the bank said overtures have been made to Bakare and the bank is currently weighing its options.

Until recently, Pastor Bakare maintained a good relationship with the first-generation bank. He was an ever-present figure at almost all the bank’s functions.

When the bank celebrated its 70th anniversary in 2015, the lawyer turned fiery clergy was there. He also had a very robust relationship with the bank’s former MD/CEO, Segun Oloketuyi.