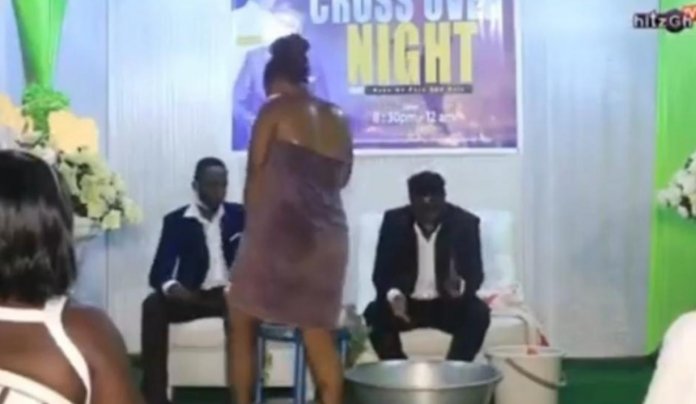 A viral video over has shown a Pastor with Ghanaian accent bathing his female church members right inside the church’s auditorium.

Based on the words of the pastor, it was concluded that the bathing of the female church members was at the 2021/2022 crossover service.

This was also confirmed by the banner behind the pastor. 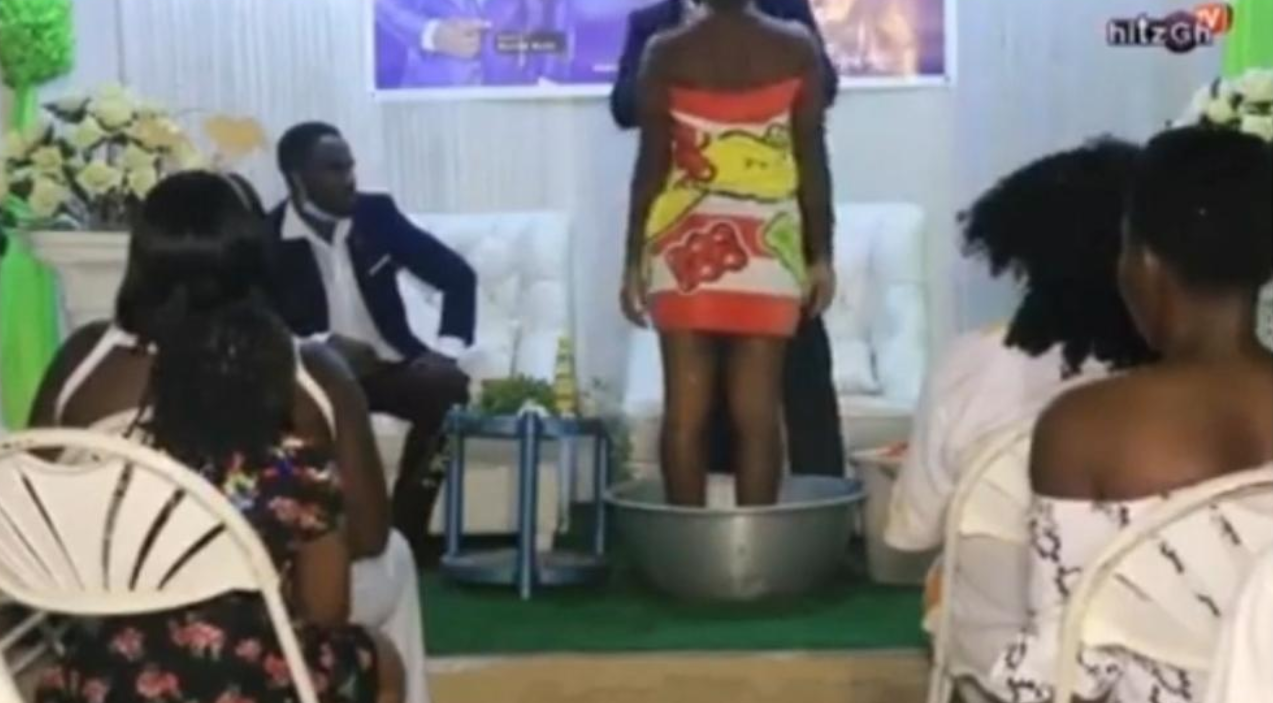 While the main pastor bathes the church members, another man, also in suit like the head of the church, was rubbing what was described as anointing oil on them.

The process was this: the female church member takes off her clothes, ties a towel around her body, steps into a big bowl in front of the pastor and then she is bathed for.

After that, the lady then kneels before the other man in suit, who then rubs her body with oil.

According to the pastor, the “holy bath” was to cleanse the members so they could be “holy and pure”.

Despite acknowledging the absurdity of his action, the pastor said he got the directive from God and he could not but carry it out.

He was heard in the video saying: “Fast, fast, fast, we don’t have time.”