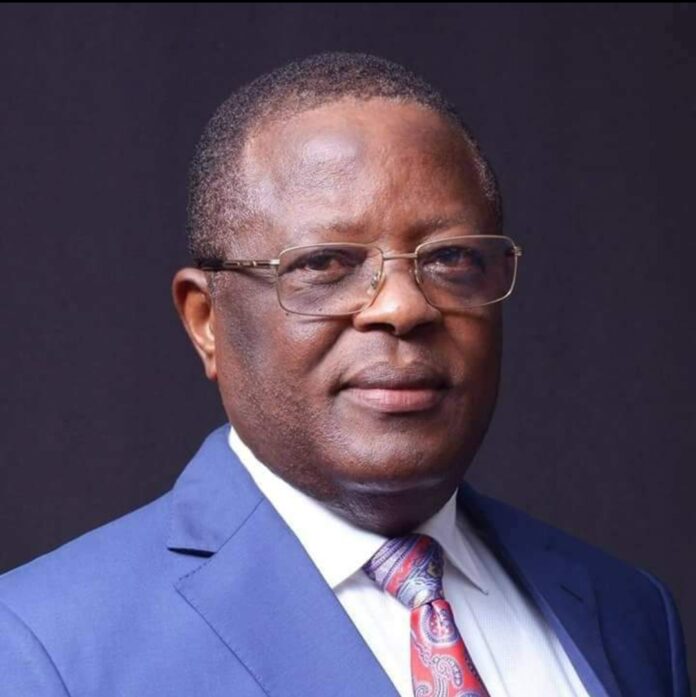 Ebonyi State Governor, David Umahi, has announced the immediate suspension of all civil servants from the conflict-torn Effium community in Ohaukwu Local Government over killings of five construction workers.

Umahi made the announcement on Tuesday in Abakaliki during a Security Summit organised by the state branch of the Christian Association of Nigeria (CAN) and founding fathers of the state.

The governor alleged that the perpetrators of the dastardly acts in the area were funded from both within and outside the state.

“The coordinators of the two Local Government Development centers from the area are removed from office while salaries of permanent secretries from the area have been suspended.

“I will approach the state House of Assembly on the way forward concerning the chairman of the council and the two assembly members from the area,” he said.

He said that the political office holders could not be receiving salaries and such would go into sponsoring killings and destruction of people’s property.

Umahi regretted the reported killing of five construction workers in the state’s ring road which passed through the area by unknown assailants.

“These workers who knew nothing about the conflict were on that site to help the state actualise the road project.

“The suspects arrested over the incident have confessed that the workers have been killed and buried and we sought to know the location of burial to pacify the victims’ families.

“The police team which visited the area for investigation were ambushed and two offlcers have been reported missing or killed,” he said.

READ ALSO: Nigeria Can Be Peaceful, United If Leaders Value Every Section Of Nigeria – Jonathan

Umahi urged stakeholders of the area to handle the situation within seven days as it has reached a stage that warrants the federal government’s decisive action.

“I can rid the hoodlums within 72 and the stakeholders should heed to the directive to prevent a different story on Effium community,” he said.

Leader of the state’s founding fathers forum and former Governor of the state, Chief Martin Elechi thanked the governor for approving the summit as positive results had been yielded from such in the past.

The South East Zonal Chairman of the CAN, Rev.Fr. Abraham Nwali, urged stakeholders to check the devastating effects of hard drugs on the youths which contributed to insecurity in the state.

The bodies of the contractors have yet to be found as the community allegedly attacked police team that went to identify them.

The protracted conflict between Effium and Ezza-Effium indigenes of the community has led to loss of lives and property worth millions of naira. (NAN)