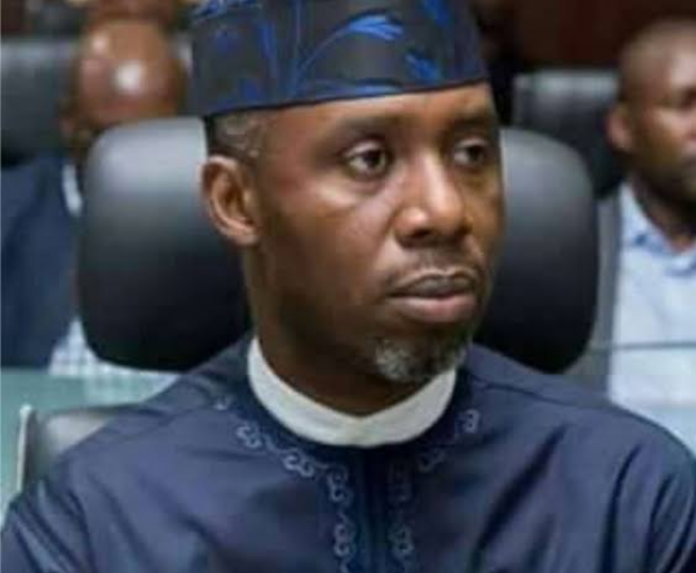 Imo State Police Command on Sunday confirmed that its personnel abducted a former Chief of Staff to immediate past Governor Rochas Okoro have, Chief Uche Nwosu, at a church in the state.

The command made the confirmation in a statement by the command’s spokesman, CSP Michael Abattam.

An amateur video of the abduction shows how Nwosu was abducted by policemen who fired several shots while the politician’s security aides looked on.

It reads: “This is to inform the general public that Chief Uche Nwosu was not kidnapped but was arrested by the police and Imo state police command is aware of the arrest and presently he is in police custody.

This is to refute the earlier news that has being making rounds on social media that he was kidnapped by unknown persons / gunmen.

The Commissioner of Police while using this medium to assure imolites of the command’s commitment in ensuring the safety of Life and prosperity this yuletide seasons , advised the general public to always shun fake news .”

Nwosu, who is also Okorocha’s in-law, wasi whisked away during a church service at his hometown, Eziama Obieri in the Nkwerre Local Government Area of the state.

Nwosu and his family were at St Peter’s Anglican church for a thanksgiving service when the gunmen, who operated in an Armoured Personnel Carrier and Hilux vans, stormed the area.

They shot indiscriminately before taking their target away, as his security operatives watched without resisting the gun-wielding persons.

While some of Nwosu’s associates alleged that he was kidnapped, others alleged that his arrest was masterminded by the state governor, Hope Uzodinma.

But in a swift reaction, the state commissioner for Information and strategy, Declan Emelumba, said that the governor had no hand in what happened.

While Emelumba could not confirm if it was an arrest or a kidnap incident, he said that it was “ridiculous” to allege that the governor had a hand in the disappearance of Nwosu.