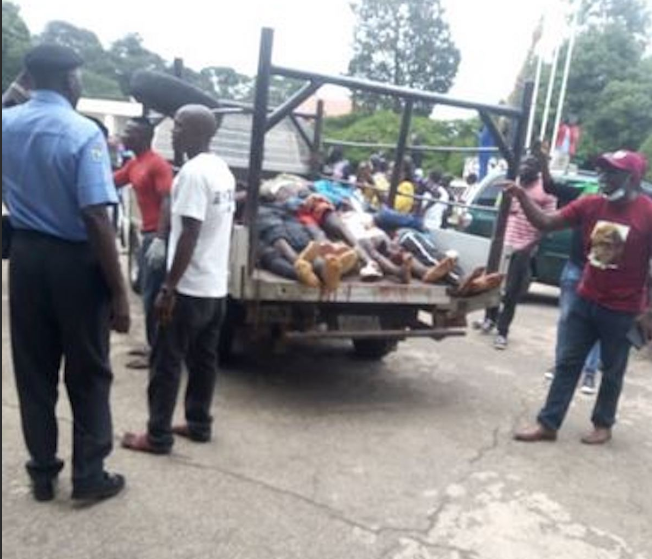 Tension has gripped the North-Central states of Plateau and Benue over the killings of over 80 persons by Fulani terrorists.

The killings were recorded in attacks on indigenous communities in both states by persons believed to be foreign Fulani militia.

The killings have been concentrated in Jos North and Bassa local government areas.

Youths of the indigenous communities reportedly decided to take up arms in defence of their people after the terrorists murdered 36 persons on Tuesday night.

The youths took the bodies of their kinsmen from the morgue in the state capital, Jos, and deposited them at the state house of assembly on Wednesday.

They also broke through a security cordon around Government House and dropped corpses there.

Governor Simon Along reportedly fled before the arrival of the youths.

Soldiers and policemen were deployed in the streets of the state capital on Wednesday amid rising tension.

Commissioner for Information, Dan Manjang, told TV Continental that the state government was making efforts to calm the situation.

In Benue State, suspected Fulani terrorists invaded Yelewta in Guma Local Government Area on Tuesday as the weekly market was closing for the day and hacked eight persons to death.