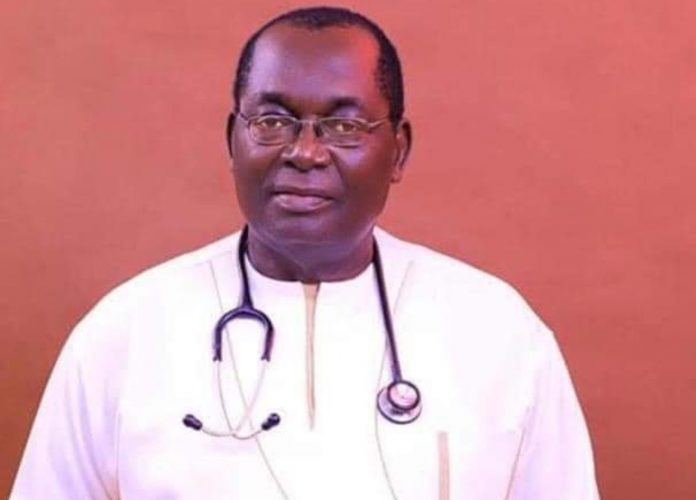 Advertisement
Custom Text
The mournful mood that pervaded the community began to build as his body was retrieved from the morgue in the morning for the final rites before he was finally committed to mother earth.

Doctor Chike, a medical practitioner and philanthropist of note, was murdered at Mkpor Junction, Anambra State by unknown gunmen on September 28, 2021, on his way back to Agulu after receiving an award on behalf of his late wife in Onitsha.

Proceedings leading to his burial commenced earlier in the day, when his remains were moved from St. Charles Borromeo Special Hospital by his sons, some Catholic priests, and former Anambra state governor Peter Obi, who is also from Agulu.

By 10:00 am, the body arrived at Madonna Catholic Church in Agulu for a Requiem Mass after which he was taken to his country home for burial.

Earlier on Tuesday, November 23, a requiem mass was held at the Christ the King Parish in Enugu to pray for the repose of the late Akunyili.

Obi and his wife, Margaret were present at the event alongside children and other relations of the deceased.

The late Chike Akunyili was a medical doctor. He reportedly graduated with First-Class and spent his professional career treating citizens across the country, including many on charitable grounds.

Until his assassination, he ran St Leo’s Hospital, one of the largest hospitals in Enugu State. With his late wife, Prof. Dora Akunyili, he had six children; Ijeoma, Edozie, Somto, Njideka, Chidiogo, and Obumneme and several grandchildren.

Until his assassination, Dr. Chike Akunyili remained the President Emeritus of the Enugu branch of the CIC Old Boys Association, where his catalysing influence was said to have led to phenomenal levels of infrastructural development at of the alma mater.