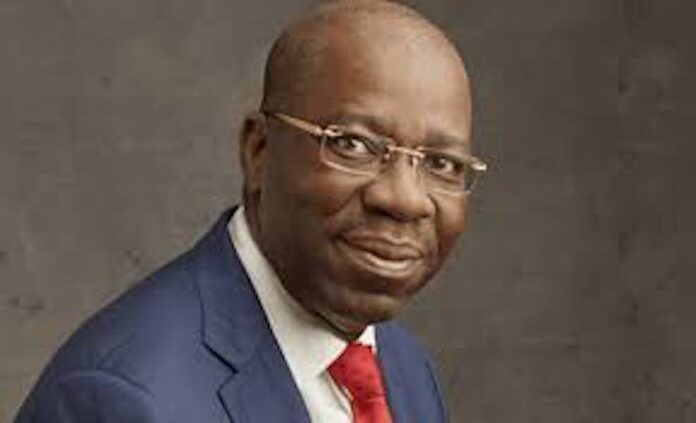 The Supreme Court on Friday upheld the ruling of the Appeal Court, dismissing the alleged certificate forgery suit filed by the All Progressives Congress (APC) against the Governor, during the 2020 governorship election.

The verdict affirms the victory of Governor Godwin Obaseki at the September 19 polls.

The five-man panel of justices of the apex court, in a unanimous decision, held that the Appellants failed to prove their case against Obaseki and awarded N1, 000, 000 (one million naira) cost in favour of the Governor.

Obaseki, on his part, hailed the Supreme Court’s ruling, noting that judgement puts to rest the diabolical controversy contrived by opposition elements over his credentials and puts to shame the individuals that sought to swindle Edo people with falsehood and lies in pursuit of pecuniary gains.

The apex court, in its ruling said it found no reason to set-aside the concurrent judgements of the Federal High Court and the Court of Appeal in Abuja, which earlier dismissed the allegation that Obaseki tendered false credentials to the Independent National Electoral Commission (INEC) to aid his qualification for the guber poll.

Delivering the judgement, Justice Emmanuel Agbim, said the appellants woefully failed to substantiate their forgery allegation against Obaseki, adding that they neither went to the university nor the West African Examination Council (WAEC) for checks but relied on INEC’s Form.

Dismissing the allegation, the learned justice said the appellants did not provide any ‘scintilla of evidence’ to prove their case.

Meanwhile Obaseki noted: “The judiciary has once again demonstrated that it is willing and capable of defending our democracy. I see this victory as a renewed call by God Almighty to rededicate myself to His service and that of the people of Edo state.

“From the statement by the Supreme Court Justices, it is clear that they align with what Edo people knew all along, which is that there was no merit in the case. The controversy was diabolical and ill-willed. It is reassuring that the Judiciary has upheld the wishes of the masses once again.”

Obaseki dedicated the victory to Edo people, noting that their resolve to stand by him despite the campaign of calumny was inspiring.

He expressed appreciation to the Peoples Democratic Party (PDP) for supporting him and holding steadfast in his belief and vision for a better Edo.

Recall that the Federal High Court, Abuja, had on January 9 dismissed the alleged certificate forgery suit against Governor Obaseki.

The judge, Ahmed Mohammed, had described the APC’s allegation as strange, saying it was like an outsider telling a man in his house that he is not the father of a child.

Apparently not satisfied with the decision of the lower court, the APC approached the appellate court to challenge the judgment.

But the Court of Appeal had in a judgement, on March 18, held that the case the APC brought to vacate the January 9 verdict of the Federal High Court in Abuja, which authenticated Obaseki’s University of Ibadan degree certificate, lacked merit.

The appellate court panel which was led by Justice Stephen Adah, upheld the testimony of the Deputy Registrar, Legal, University of Ibadan, Abayomi Ajayi, who had earlier confirmed before the trial court, that Obaseki attended the University and fulfilled all the requirements for admission into the department of Classical Studies.

Delivering judgment in the appeal, the judge held that the lower court was right in its findings and conclusions.