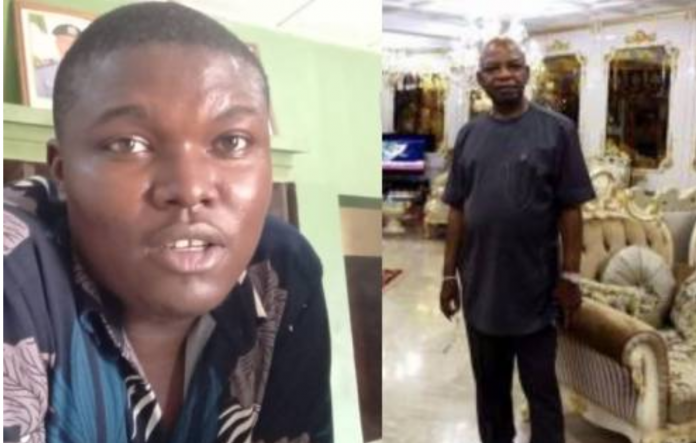 Human rights activist and former presidential candidate, Omoyele Sowore, has secured the release of Emeka Jesse, an information technology engineer illegally detained by the police on the orders of billionaire, Arthur Eze.

It was earlier reported how Eze ordered the arrest and detention of Jesse, who is one of his former workers, after accusing him of money laundering and forgery.

He was arrested on December 28, 2021 at his residence in Kubwa area of the Federal Capital Territory, Abuja, by armed policemen numbering about 10 from the Police Headquarters.

The policemen allegedly surrounded and broke into his house around 9:00am before putting him on handcuff and ransacking the entire house.

The young man was thereafter taken to Kubwa Police Station Phase 4 where he was detained till afternoon before being transferred to the Force Headquarters where he was made to write a statement while being interrogated.

Upon arrival at the Force Headquarters, the IT engineer was accused of conniving with Eze’s nephews, Olisa Eze, his business manager, and Onyeka Eze, his accountant, to forge and manipulate some documents to withdraw money from the billionaire’s bank account.

The police, in the course of the investigation, seized Jesse’s laptop, mobile phones and account details with a view to finding incriminating evidence to use to nail him.

The police, however, refused to come up with any evidence linking Emeka to the alleged offence and unlawfully kept him in detention before the intervention of Sowore.

It was gathered that the activist visited the police headquarters on Thursday with Abubakar Marshal, a lawyer from Femi Falana chambers, to secure his release.

“I’m the father of the boy they have been suffering, thank God for the angel that God sent, the man of the people, the man that the people are waiting for.

“He (Sowore) got there and their language changed.

“I have been there several times but they keep deceiving me. But when he reached there, he spoke to them and the language changed. I thank God and I thank him,” Jesse’s father said.