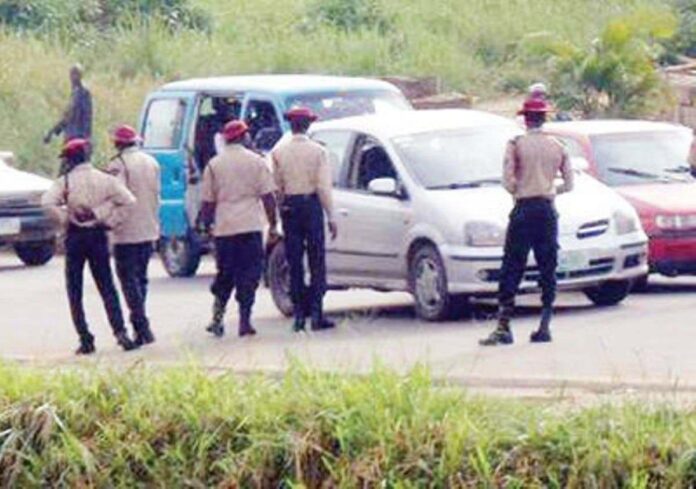 No fewer than six persons were confirmed dead, while nine others sustained injuries yesterday in an accident involving an articulated vehicle and a Toyota bus around Car Park C on the Lagos-Ibadan Expressway.

He said the crash, which occurred around 11:53am, was caused by the driver of the truck marked FZE 376 DI, who drove recklessly, loss control and hit the bus with registration number ZUR 843 XA from the rear.

He said the driver of the bus lost control and the bus somersaulted.

He said 20 people were involved in the accident, which comprised 16 men, three women and one boy.

The sector commander explained that five male adults and one female adult died in the accident, while seven male, one female and one male child were injured