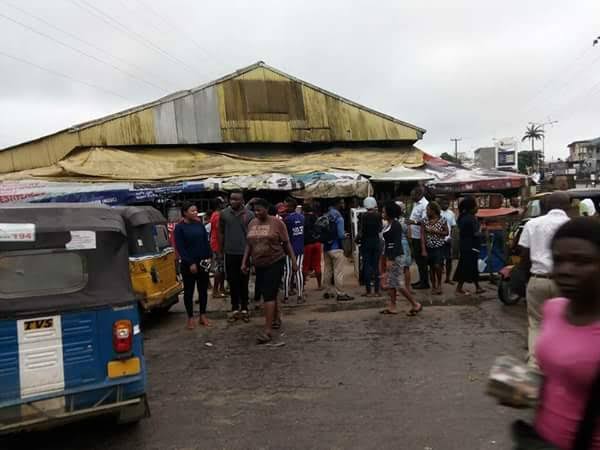 This came as shop owners and traders in the area called on security agencies to come to their rescue and save them and their wares.

Some of the shop owners, who spoke to PUNCH correspondent on Tuesday, said they were ordered to close their shops for refusing to pay what the suspected cultists called ‘marching ground’ levy.

A shop owner stated, “They just came and said everybody should lock up their shops and pay money for ‘marching ground’; it is very sad.

“About 15 boys came from nowhere and started flogging everybody, including our customers, with canes.

“They said we were supposed to pay them homage. We had to contribute N500 each to give them.”

Another trader, who gave his name simply as IK, said the money the suspects were demanding was outrageous, pointing out that the traders were not owing their landlords.

He said, “The hoodlums said the Computer Village should give them N450,000 every month. How much are we making in a day? So, they asked us to close all the shops. They even flogged some people.

“When they gave the order, they were attacking people and the police came, but could not do anything to them.

“The hoodlums left and came back later and told us to discuss with them. They asked how we could come here and do business without settling them.

“We are appealing to the government to look into this matter and provide security for those of us doing legitimate business here. This place is a computer village and we need security.”

When contacted, the spokesman for the state police command, Nnamdi Omoni, confirmed the incident and said the attackers were members of rival cults.

He stated, “I can confirm the incident. Two different cults went there and started harassing the traders and asking for ‘marching ground’ levy and all of that.

“The traders called the control room and we responded immediately. But on arrival, the cultists had taken to flight. However, we were able to calm the situation. We have deployed intelligence and undercover detectives to monitor that area and ensure that the hoodlums do not return there.

“They were armed with locally-made pistols and shot in the air. No casualty was recorded.”