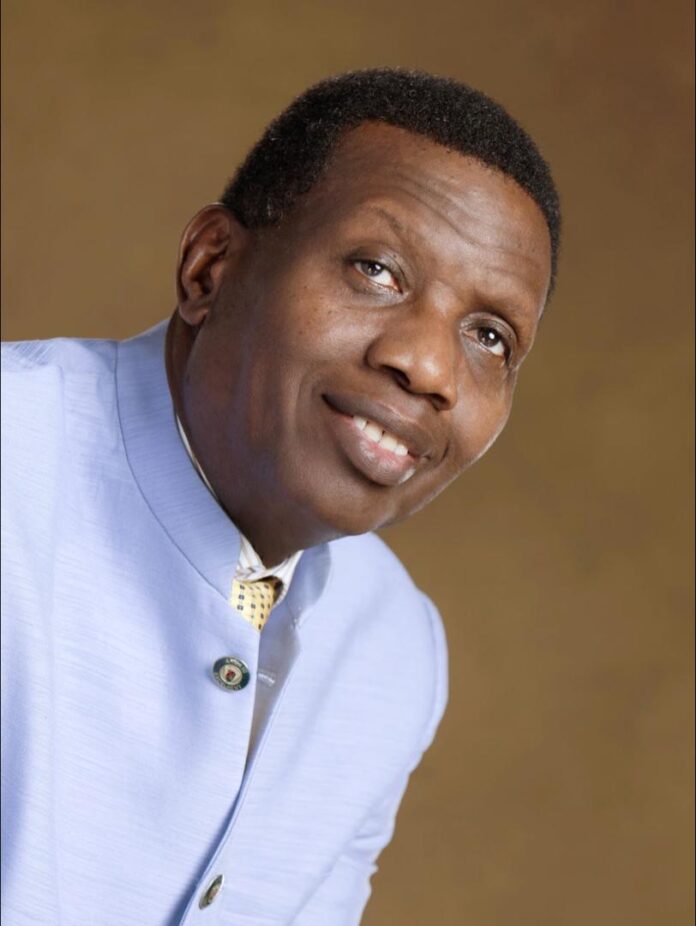 The News Agency of Nigeria reports that Adeboye arrived in Badagry in a church helicopter which landed at Ajara Grammar School around 9:00 a.m.

Those without personal hand sanitisers were given, as sellers of facemasks made a brisk business of selling.

The church’s security details maintained that they had direct instructions to ensure that COVID-19 protocols were strictly followed.

Adeboye, ministering on the sermon titled, ‘The voice of hope’, to mark this year’s “Let’s go a-fishing” programme, said that God had sent him to tell someone at that moment that “it shall be well with him”.

The General Overseer said that the power in the message depends on those sending the message.

According to him, a court messenger can only wish an accused well, but it is only the judge that can free him.

“If you have a case in court and you go to court and a messenger working in the place says today victory is yours, he is only wishing you well.

“But if the judge drives in and notices you and says I remember your case, don’t worry today, you will be discharged, you know your case is settled.

“The one that sent me to you today is Almighty God, the King of the Kings, Lord of the Lords, the one who says let there be light and there was light,” he said.

He prayed that all would be well for the people of Badagry.

Adeboye also said that he had been asked to tell the sick that they would recover and prosper.