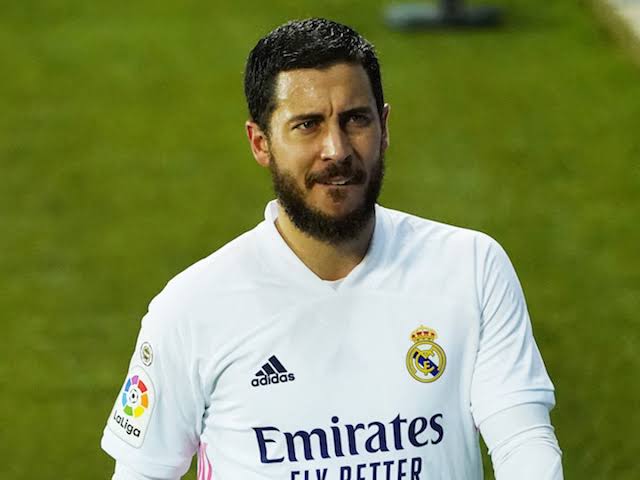 Eden Hazard reportedly has his eyes on a return to Chelsea with his Real Madrid future in major doubt.

Spanish television show El Chiringuito de Jugones claim Hazard is looking to end his miserable two-year stay in Madrid this summer, with his preference to return to west London.

Hazard is keen on the prospect of returning to west London

The Belgian enjoyed a glorious trophy-laden spell at Stamford Bridge
Hazard has struggled since leaving the Blues and moving to Spain in a big-money move back in 2019, and was restricted to just ten starts domestically as Los Blancos missed out on the LaLiga title this season.

He twice won the Premier League in his seven seasons at Stamford Bridge, as well as two Europa Leagues, two FA Cups and the League Cup.

He rarely missed a game for the Blues over the course of those seven seasons, wracking up 352 appearances and scoring 110 goals.

The 30-year-old felt the wrath of Madrid fans after he was spotted joking with Chelsea’s Kurt Zouma straight after Real Madrid were dumped out of the Champions League by his old side.

It is even claimed he could be sold for just around £43million, just two seasons after his £130m move to the Bernabeu.