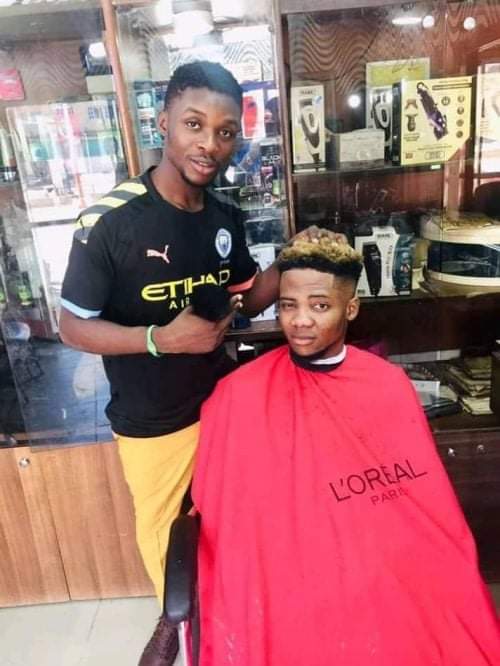 Elijah Ode, a barber in Kano widely reported on Wednesday to have been arrested for blasphemy, was arrested for a different offence, the police said.

Police PRO in Kano, Abdullahi Haruna said the man was arrested over an alleged rape.
He told a P.M.NEWS special correspondent in Kano it was some people who wanted to cause trouble that said he was arrested for alleged blasphemy.

An official of Hisbah in Kano had also denied Ode’s arrest, when the correspondent sought the agency’s response.
“We don’t have any one like that with us”, the official said.

Hisbah is the Sharia Police and would have been the arresting authority in the first instance, in the case of an accusation of blasphemy.

Ode from Adum East, Obi LGA of Benue State, lives in Sabon Gari in the city of Kano.
Reports had said he was accused of blasphemy by religious extremists, in the course of his work as a barber.

Here is what the report said:
Elijah, who is well patronized by young people for possessing exceptional skills in trendy haircuts, attracted the wrath of the extremists last week Wednesday when two of his customers were tortured to stupor for designs claimed to be blasphemous to the Islamic religion.

“Thereupon, Elijah was traced to his barbershop, where he was arrested for complicity, and has been in Police detention with the two customers since last week.
“According to information obtained from his cousin, Mr Sunday Ukenya, the young barber did not design the hairstyles with the intention to provoke.

“He said he was only being innovative doing his work as usual to eke a living and pay his fees at his tertiary institution of study in Kano, where he sponsors himself.

“Ukenya also added that the case is already in the court of law at the wish of the aggrieved Muslims with first session being yesterday.

“He expressed sadness, however, that all efforts by the young barber’s lawyer to bail him proved abortive for the claim that it is a major case and is as a result not bailable”.