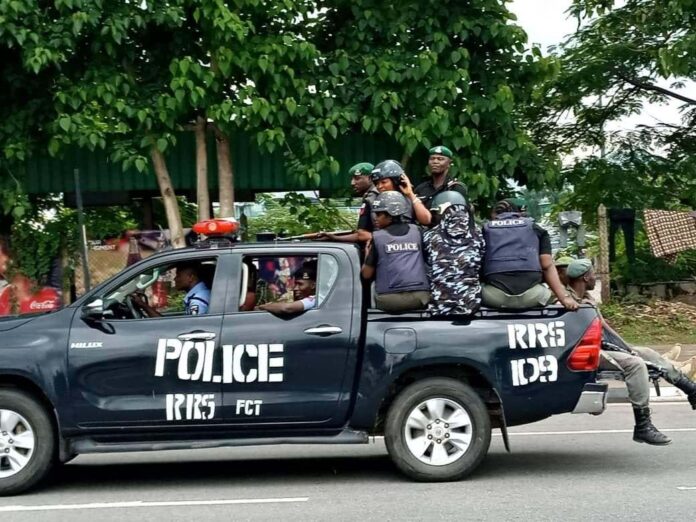 The Nigeria Police Force has invited some chiefs and community leaders in Ifon, Ondo State to Abuja for interrogation over the alleged killing of a cow.

The absurd invitation followed the assassination of the Olufon of Ifon, Oba Israel Adeusi, by Fulani herdsmen late last year.

The leaders said those invited were among those temporarily holding forth following the death of their Oba.

The late Oba Adeusi was killed by suspected herdsmen around Elegbeka on Ifon-Owo Highway on November 26, 2020.

President of the Ifon Development Union, Chief Femi Awani, who spoke at a briefing in Ifon said the police invitation was based on a petition by one herdsman, Abdullahi, who claimed one of his cows was killed last month.

Awani said another petition by one Alhaji Usman prompted the police to deploy men from the FIB Tactical Command Squad to ensure the invited leaders left for Abuja to answer the petition.

Awani noted that the thrust of the petition to the Force headquarters was not only about the killing of a cow but included alleged criminal conspiracy, a threat to life, and attempted kidnapping.

He said the content of the letter inviting the leaders was at variance with the verbal narration of the policemen from Abuja.

Awani appealed to the Inspector General of Police, Adamu Mohammed, to investigate the authenticity of the letter which they saw as a ploy to intimidate them and forestall attempts at protecting their land.

READ: BREAKING: Gunmen Kidnap 17 Nursing Mothers On Their Way To Wedding Ceremony In Katsina
He wondered if the petition was not a ploy to release some herders who were arrested for kidnapping around the community.

He said, “Once we are sure the letter is authentic, we will go to Abuja. We are law-abiding citizens. The allegations are weighty. It is a painful thing to us. We would have been protesting but we are a peaceful people.”

The Aremo of Ifon, Adegoke Adeusi, said it was shameful that the police could not arrest killers of the Ifon monarch, but were chasing after supposed killers of a cow.
He asked, “Who is to be arrested? Is it the killers of our Oba or those alleged to have killed a cow?

”It is shameful. It is disgraceful. I was shocked when I heard that four of our leaders have been invited to come and answer for the killing of a cow. It is a total injustice.

“An Oba was killed and they are now talking about a cow.”

In the same vein, a leader in the community, High Chief Joseph Ayayi, said the place mentioned by the petitioner that the cow was killed belonged to another community.

”Where they killed the cow is not our land. They said we should go to Abuja to explain. We do not know anything about the killing of a cow.

”There was no fight. When they investigated and saw that the place is not our land, they invited our hunters, but the herder could not identify them as those responsible.

“A month later, they invited us and gave us petition forms to fill. Our names were not in the petition, but they gave us forms to fill,” he stated.