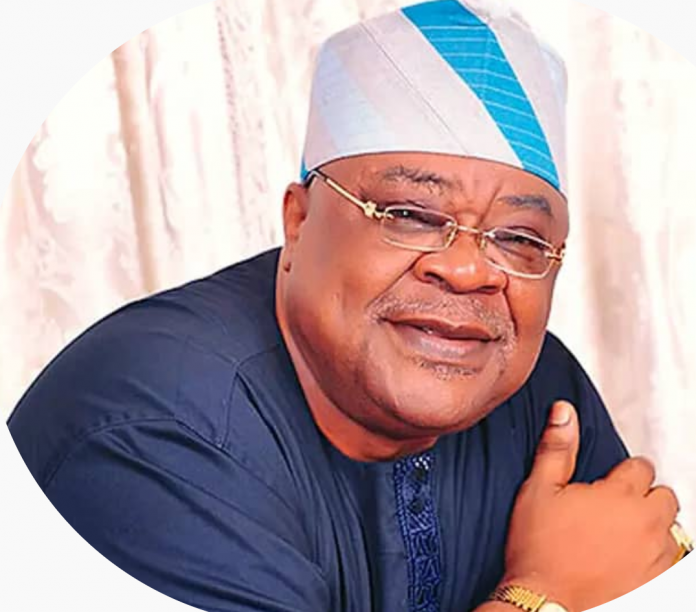 Oyo State chapter of the Peoples Democratic Party (PDP) on Wednesday described the death of a former governor of the state, Otunba Adebayo Alao-Akala as a great loss to the entire state.
The party said it lost a great leader who had impacted positively in the lives of many people.

PDP in a statement issued by it’s state factional chairman, Michael Okunlade said the party received the news as a ride shock.

According to the statement, the party condole with his immediate families, the entire people of Ogbomosoland and the All Progressives Congress in the state.

The statement reads; “we received the news of the death of a former governor Alao-Akala of our dear state with a rude shock. Akala was a great leader. He made many politicians in the state.

He impacted positively in the lives of our people. He died at a time all politicians in Oyo sate regardless of their political parties needed his wealth of experience.

“We condole with his immediate family, the good people of Ogbomoso land and the entire APC family in the state. News of his death was shocking because we were together in Abuja on Saturday. He was full of life. May God grant him enternal rest.”