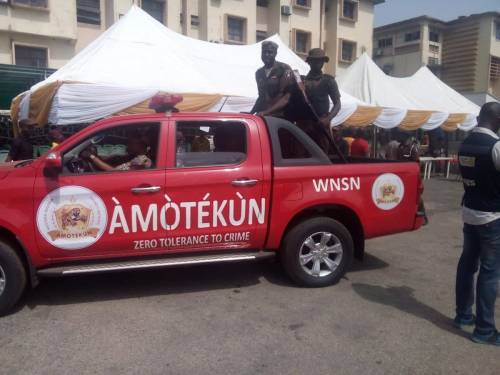 The wanted herdsman is believed to be the mastermind of several acts of kidnapping and other crimes in the Ibarapa area of the state.

Thedisa stated this on Thursday at a virtual town hall was organised in conjunction with the International Alliance for Justice and Peace, a Diaspora-based civil society organisation with interest in Nigeria.

Speaking on the topic, ‘Fulani Herdsmen’s Violent Rampage In Ibarapa: What Is The True Situation?’, the governor’s aide said the over 200 Amotekun operatives deployed in the Ibarapa area of the state are on the field confronting criminal elements in the area.

Farmers and residents in Ayete, a town in Ibarapa live in perpetual fear of Wakili who has accused of displacing them from their farms.

The farmers thought the eviction of the Seriki Fulani, Abdulkadri Saliu, from Igangan also in Ibarapaland, was the end to Fulani herdsmen oppression but Wakili only waxed stronger as he mounted no cross-zone on farms with the eviction of Saliu in a bid to send warnings to the people of the town that he cannot be evicted. Wakili has also allegedly shot farmers who trespassed on the no cross-zone.

Wakili, a Fulani herdsman whose origin is unknown, is said to be more infamous than the ejected Seriki Fulani.

Wakili, who is said to be the leader of the herdsmen in the Ayete area of Ibarapaland, works with dozens of herders who are his disciples.

Together with his battalion, they allegedly seized hectares of farmlands at Ayete, raped the women in the rustic town, and kidnapped their rich men for ransom.
‌
When asked what the state government was doing on Wakili, Adisa said the notorious herder had fled his ‘territory’ known as ‘Iga Wakili’ in the Ayete area of Ibarapaland.

He said, “As to whether Seriki Igangan and Iskilu will be invited for questioning, yes, why not? Because investigation is ongoing and some people have been invited and when any of them is mentioned as to having contributed to the kidnap or killing of one person or the other, security operatives have to go after any of them that is involved and they will be dealt with.”

The Oyo governor’s chief press secretary also said, “Amotekun Corps is already deployed to face anybody whether it is Wakili or Seriki that wants to misbehave.

“The Amotekun (operatives) in Ibarapaland have already been deployed. They are not in the barrack, they have been deployed on the roads, at the black spots in Ibarapaland and Oke-Ogun axes. Operations are ongoing as to how to tackle whether it is Wakili or any other criminal around that axis.”