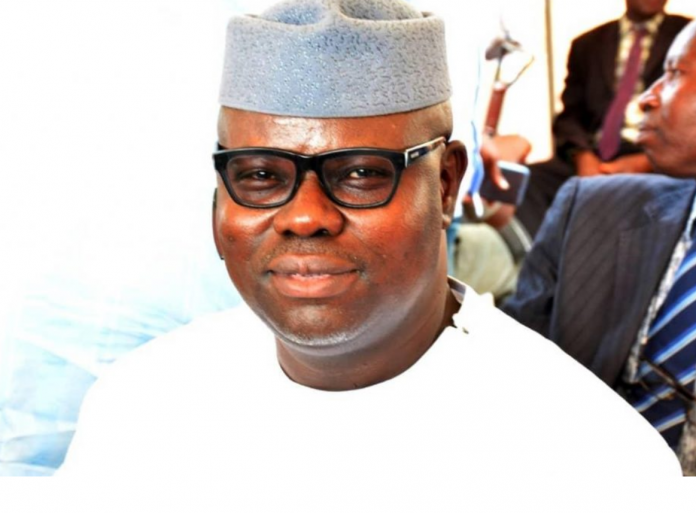 Former Special Adviser, Information and Strategy to ex-Governor Rauf Aregbesola of Osun State, Semiu Okanlawon, has stated that Governor Gboyega Oyetola may have inadvertently thrown away his chances of getting reelected as Osun State Governor by demonising the administration of his predecessor, where he played a major role as Chief of Staff.

He said Oyetola, by his action, has not only thrown away his reelection through the window, but has also “killed” the All Progressives Congress in the state.

Okanlawon stated this in an opinion piece he penned on Tuesday, which he titled: “Oyetola and the ‘a o m’erin j’oba’ choristers,” published elsewhere on this news website.

He said he confronted Oyetola when he began to exhibit “his operation tear down Aregbesola” tendencies in his early days as the newly-elected governor of the state and warned him how such could cost him dearly.

He wrote: “As a functionary in that administration, I knew ab initio that any attempt to present Aregbesola as evil was going to hurt Oyetola and his administration more than it would Aregbesola.

“This was the crux of my discussions with him in December 2019 during which I asked whether he thought it possible to extricate himself from whatever happened under the Rauf Aregbesola Administration by virtue of his position at the time.

“Assuming, without conceding, that Aregbesola’s administration was spendthrift or took certain decisions bordering on the finances of the state, including loans, salary issues, infrastructure financing and virtually every general matters, is it possible for Oyetola to be seen as an outsider to what transpired?”

Okanlawon said that with Oyetola’s emergence as Osun State Governor, “no one expected any lull in the advancement of the ‘State of the Virtuous’ in education, job creation, infrastructure rebirth, security, and above all, value re-orientation that hallmarked the administration where he served as the Chief of Staff and as a matter of fact, a major policy egghead.

“But rather than busy himself with these lofty objectives for which continuity would be a preference for public good, a vein, inglorious and totally unnecessary attempt at ‘removing the hands of Aregbesola’ from the politics of Osun was elevated to the level of state objective. If you cannot key into that objective, you certainly cannot matter either in government or the party.

“I have asked myself what were these objectives meant to achieve.”

Okanlawon revealed that it took a lot of effort for leaders of the APC to convince members of the party who totally rejected his candidature as governorship aspirant in the state in 2018.

He wrote: “Knowing the shreds to which his forced candidature turned the party ahead of the 2018 election, we would have been saved the troubles if we had not followed this ignoble path. I recall vividly that the entire executive committee of the APC in Governor Oyetola’s Ward in Iragbiji all resigned from the party to join the African Democratic Party in 2018. I remember calling on the Aragbiji, Oba Abdulrasheed Olabomi, at the time to intervene and not allow APC stalwarts in Oyetola’s homestead bring us all to shame.

“Of course, given the roles I had played previously in the election of the Governor, especially in the face of the total rejection of his candidature, people from my ward and local government were becoming apprehensive. Simply put, the grassroots ‘soldiers’ of the All Progressives Congress were already suspicious something capable of destroying the fabric of the party was going on at the ward levels across the state. They needed information, assurances that the party was not coming in the hands of those who would destroy it. They needed to bring their anxieties to me.

“They kept bombarding me with messages that our party was witnessing something very sinister, the type that could ignite an implosion if nothing was done.”

Okanlawon said he confronted Oyetola to confirm from him whether he was the one behind the underhand motives to cut Aregbesola into pieces by those he described as Ileri Oluwa leaders.

He said the governor denied knowledge of such moves, adding in the column: “Not convinced that he was unaware of the discriminatory moves and ill-feelings already being created, I went ahead to tell him that any attempt to cast Aregbesola in the image of someone to be discarded was predictably going to blow in the face of everyone.”

He described the present promoters of the governor’s reelection as the ‘a o merin joba crowd who don’t mean well for the elephant.

He said those of them goading Oyetola to go ahead with his reelection are only deceiving him because of their ultimate goal to disgrace him in the end.

Okanlawon said even a cabinet member of the governor had told him that Oyetola had become a hard sell but that no one was ready to tell him the truth just to remain in his good book.

The former Aregbesola aide said the ‘a o merin joba’ crowd will gladly turn back when Oyetola, the elephant, must have ended in the “decorative grave dug for him by those hailing him.”

He wrote: “A o m’erin j’oba (We’ll Make the Elephant King), which, in history, has no parallel in apt dramatisation of deceit, wickedness and fraud usually woven around fame and positions of influence and affluence. In the A o m’erin j’oba tragi-comedy, the elephant, in its obvious majestic size and shape, was led on by a band of deceivers, manipulators all garbed in praise-singers’ attires. Sadly, they had a sinister motive. Those who chorused its praises and assured the elephant of its impending ‘coronation’ had dug his grave where they planned to ditch it once they succeeded in cajoling it to follow them to the venue of ‘coronation’ ceremony.

“The grave was decorated with very attractive, velvets. And so they went for the elephant with singing and dancing.

“Our friend, totally oblivious of the evil plots by its praise-singers, danced on its way to the venue thinking it was its day of honour.

“Alas! On getting to the ‘coronation’ venue, where a beautifully decorated royal chair had been placed, the elephant sank with all its weight into the grave, while the praise-singers went their different paths; some of them jubilating.”