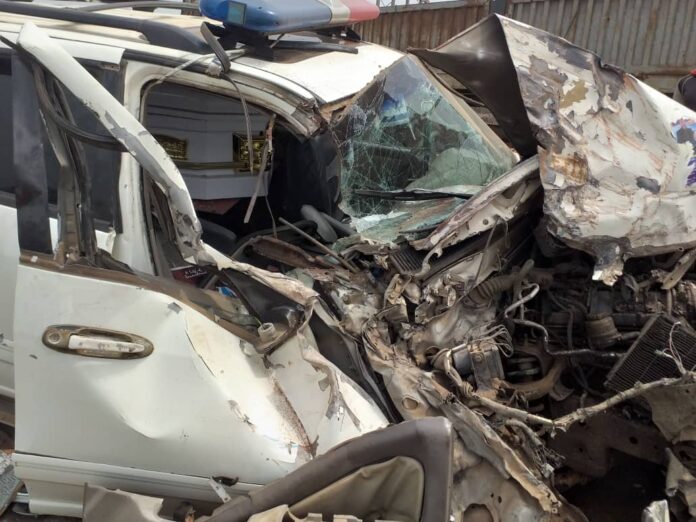 A hearse hearing a casket has crashed in Lagos-Ibadan Expressway inward Ibadan.

The line crash occured at Sapaade in Ogun State as the Toyota Sequoia SUV was carrying the corpse to a burial.in Ekiti State.

Details of the crash were not able but the front windshield had been partly shattered from a direct impact with an object, possibily a truck.