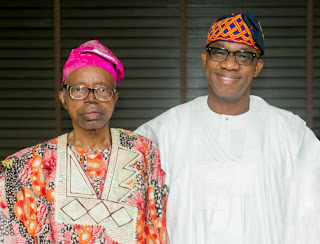 His transition was announced in a statement by the family at Iperu-Remo, Ogun State on Monday.

The educationist died on Monday after a brief illness.

The statement said the deceased worked as a school teacher for many years across the old Western State and was fondly called “Baba Teacher” due to his dedication to duty imparting knowledge and inculcating the right values in his students.

The statement said further announcements will be made by the family in due course.