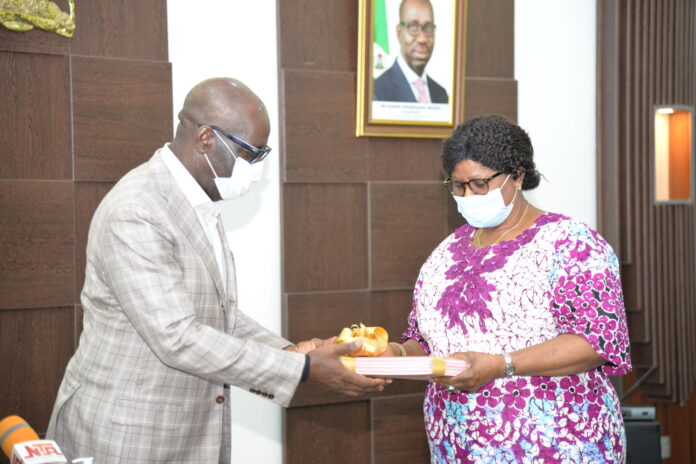 As part of efforts to motivate state government workers, Governor Godwin Obaseki, has approved 2020 promotions for public servants in the state.

In a statement titled, ‘New Year Message to Civil/ Public Servants in Edo State’, the State Head of Service, Anthony Okungbowa, Esq, said the state government is working hard on actualizing its dream of making the public service of Edo State the best.

Okungbowa said the Transformation and Enhancement Project initiated by Governor Obaseki for the State Public Service is firmly on course, adding, “Government has continued to place the welfare of workers of Edo State on the front burner and ensure regular payment of salaries and pensions even in very difficult economic circumstances.

Noting that the state government is vigorously pursuing its mandate to enhance efficiency and service delivery in the civil and public service, he stressed the government’s commitment to ensuring that workers are not owed promotion arrears, stating, “Government has approved the 2020 Promotions for Public Servants in the State.

He said the government’s move to improve on the work environment remains a priority for the Obaseki-led administration, as human capital development would continue to receive the utmost attention of State Government with massive investment in the training and retraining of public servants in Edo State.

“May I also put on record the fact that, in keeping with his promise of transforming the Service, Mr. Governor has approved the recruitment of over 1,500 persons to fill critical vacancies in the State Civil/Public Service with a view to improving the quality and standards of the Civil/Public Service and making Government deliver efficient service to the People of Edo State.

“I am glad to note that never before in the history of our great State will so many people be recruited into the Service in one fell swoop,” he said.

Okungbowa commended Governor Obaseki for the unprecedented efforts at rebuilding, growing and developing the public service of the state for optimal performance.