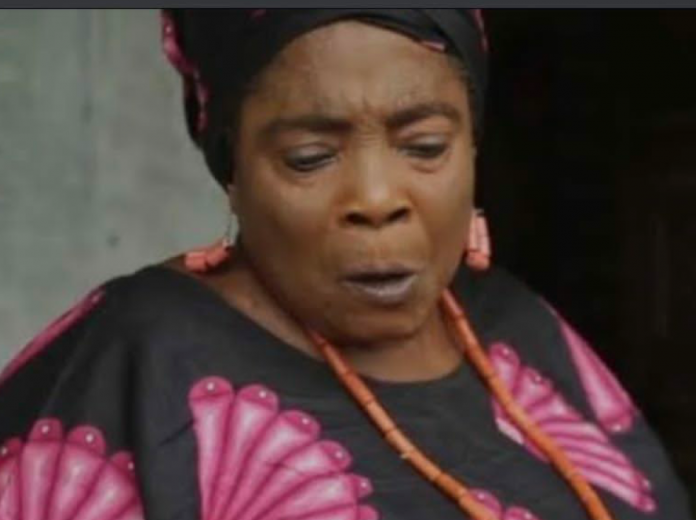 Relief swept through Instagram on Thursday morning after Nollywood actress, Foluke Daramola Salami, announced that a older colleague, Iyabo Oko, had not died.

Thus was contrary to earlier reports about the transition of the veteran Yoruba actress.

Foluke took to her Instagram page around 1am to say she had taken down her earlier post announcing Iyabo’s death after her daughter called to say she moved her hand.

“Updates on Iyabo Oko. Just heard from her daughter again that she moved her hand, that she is still alive. Hallelujah iii she is alive ooo. It was her same daughter that announced her death to me before and she was the one that says she is alive now,” her post reads.

In response to advice from a respondent that she should take down the initial post announcing Iyabo’s death, Foluke said she had done so. 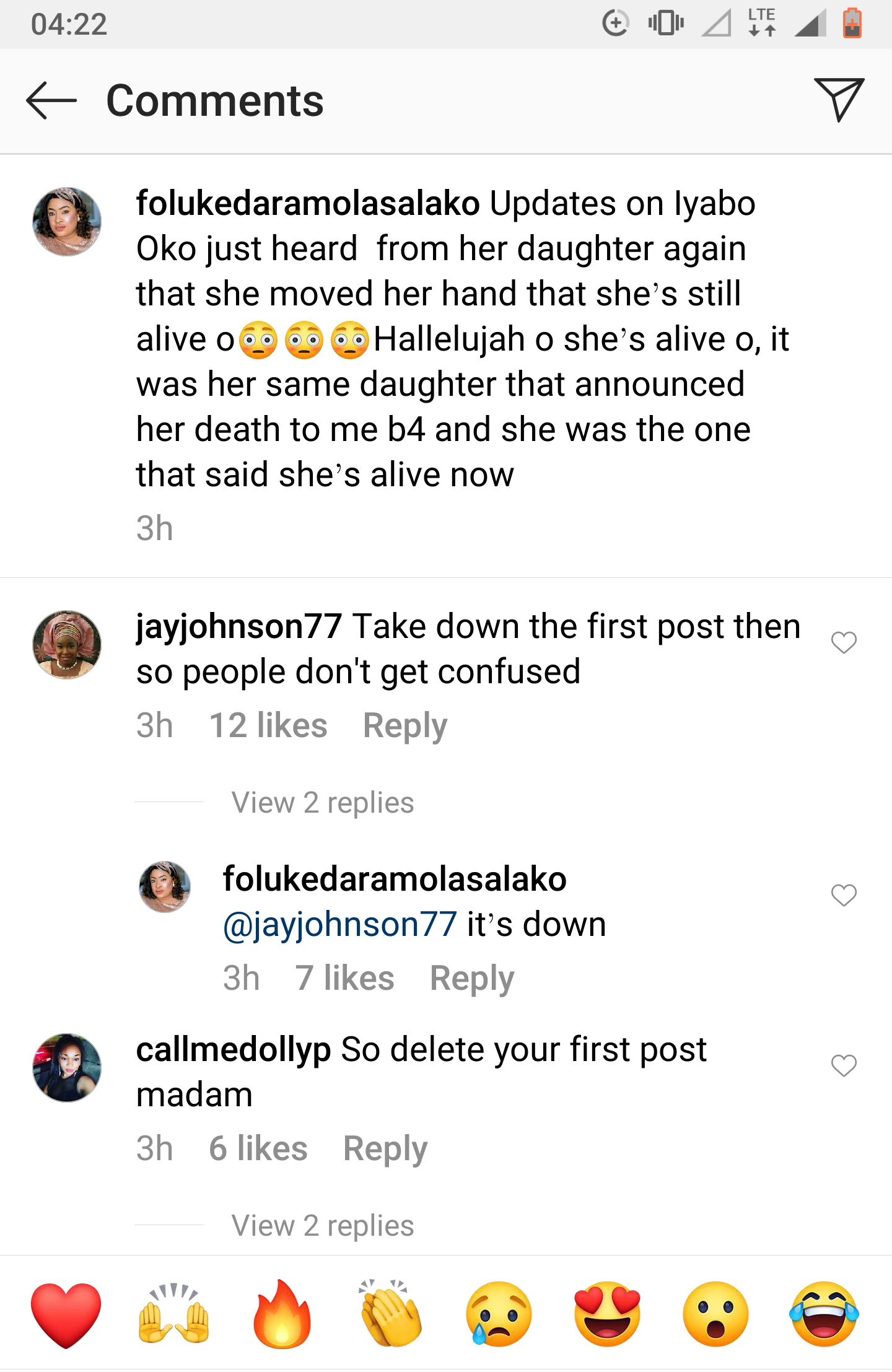