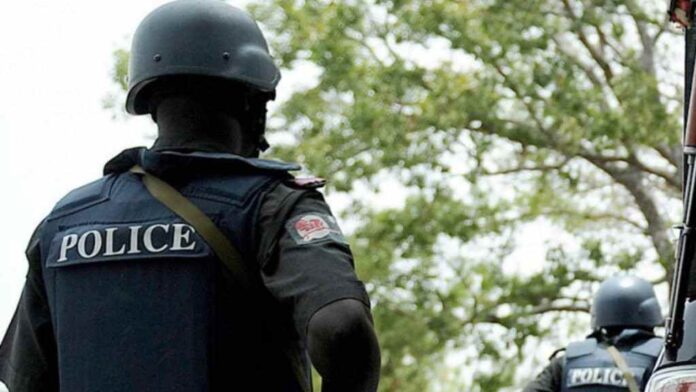 The police in Ebonyi State on Tuesday debunked a viral story that a middle-aged man detonated a bomb near a primary school and killed himself.

DSP Loveth Odeh, Command’s Public Relation Officer (PPRO) on Tuesday in Abakaliki said that the pictures were not in connection with a suicide bomber.

“There is no bomb explosion in Ebonyi, but regrettably, this morning, one of our mobile police personnel attached to Afikpo on special duty was wounded by teargas.

“The officer mistakenly hit a teargas hung on his belt, and unfortunately, the device exploded and wounded him and he died.

“The lifeless body, the man in the picture is Inspector Idi Aminu, attached to 32 PMF Abakaliki but on special duty at Afikpo.

“So, there is no bomb blast or explosion in Ebonyi. The general public should disregard the information,” the PPRO said.