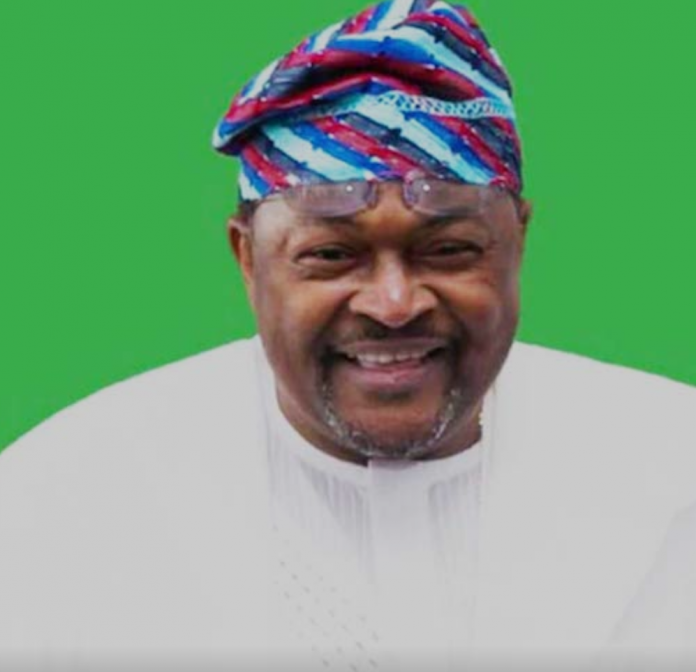 He is an enigma always on top of his game, full of surprises and always many steps ahead. Welcome to the world of the billionaire par excellence, the man with the Midas touch. Dr. Michael Ishola Adenuga. Right from his early age when he hit his first million at the age of 26 running family business, the bull as he is fondly called has always been exceptional in his deeds and actions. His movement to the top hierarchy of the nation’s entrepreneurship cadre in his early thirties was very swift and done with utmost precision.

At barely 36, Adenuga who holds an MBA from Pace University, USA owned two top banks: Equatorial Trust and Devcom and by early forties he had successfully entrenched himself in the nation’s oil industry. Such was the determination and tenacity of the bull, forging ahead with full focus and conquering businesses along the way.

Not only did he own these businesses, he administered them with utmost efficiency that saw each of them becoming success stories over a very short period of time.

Permit me to quote one of the top journalists that Nigeria has produced, Mike Awoyinka and his view on the guru, “Let me start by saying a man’s decision determines his success or failure. Success is a journey needing God, knowledge, wisdom and gut instinct. In the case of Adenuga, his parents’ dream was for him to follow his brother, Demola’s footsteps to study at the University of Ibadan but he had the American Dream. Unknown to his parents, he was making moves to enter an American University, By the time the admission letter came, Mama had no choice but to let him go. Going to America was Adenuga’s best decision. There he was taught by Prof. West, a marketing guru who influenced Adenuga’s intellectual evolution and marketing savvy evident in the success story of Glo”.

It will be recalled that the Nigeria telecommunications market was boosted in 2001 with the licensing of three GSM network operators, namely MTN, Airtel (formerly Econet Wireless/V-Network/ Vmobile / Celtel /Zain / now Airtel) and MTel. The fourth operator, Glo Mobile, came in 2002 when it was licensed as the country’s second National Carrier. By 2007, the Nigerian Communications Commission (NCC) introduced the unified licensing regime, granted 3G licences to four operators and also licensed Mubadala Development Company as the country’s fifth GSM Operator (it subsequently started operating under the name Etisalat now 9 mobile).

Mike Adenuga was firmly entrenched in the Nigeria economy by 2001 when the Obasanjo’s Administration decided to offer GSM licences to businesses to operate and like all top businessmen, he bided for a licence but lost out .Like a typical bull that he is, he refused to back out, even when his ICL had lost $20m.. He returned powerfully later and got a bigger package which today has translated to a national carrier, Globacom. Glo is the only indigenous GSM Company operating in the country and forging ahead of competitors. It is also operating in Ghana and was until recently in Benin Republic.

Globacom, the telecommunication giant commenced services in Nigeria with panache on 29th of August, 2003 and with a vision to be the market leading service provider in the country. The company from inception to date has demonstrated its commitment to creating value with its products and services, thus empowering millions of Nigerians in the process.

While other networks, which started operations about two years earlier, claimed that “per second billing” was impossible Adenuga outwitted them convincingly with Glo entering the market in a grand style and offering Nigerians the elusive per second package, thus justifying its inaugural pay off line; people, power and possibilities and eventually forcing other networks to follow suit to the delight of millions of Nigerians.

Glo remains a leader in the telecoms sector with about fifty million subscribers including multinational corporations, decision makers in the public and private sector, students, artisans and those in rural communities connected to the network. These subscribers are enjoying access to high quality products and affordable telecom services.

The company has remained very committed to social investments in its areas of operation. It has extensively supported the movie Industry in Nigeria (Nollywood) and in Ghana (Ghollywood) with notable actors and actresses chosen as Glo Ambassadors. This move and many others had empowered African arts and culture. The sponsorship of several cultural festivals in its areas of operation is another aspect of its Corporate Social Responsibilities which has resonated with the people. In addition to these are countless donations and support by Dr. Adenuga in different parts of the country, thus empowering Nigerians in different areas of human endeavour.

Globacom’s support for sports is legendary, particularly football in Nigeria and Ghana where the company sponsored the national teams for many years as well as the League. The Supporters’ Clubs in both countries are also not left out. It is also remarkable that Glo sponsored without fail, the annual CAF Awards, which celebrates the best footballers and administrators in Africa, (male and female) for a decade. A period in which the award’s stature changed from a mere event to that of a major global sporting gala, attracting top personalities from different parts of the world. Another outstanding gesture from the guru was in 2013 when he rewarded the Super Eagles who won the African Cup of Nations in South Africa with a whopping &1million and many more.

It was generally estimated that Dr. Adenuga spent over N25 billion to date to support sports in Nigeria in the last 18 years. There was also the Glo Soccer Academy which trained young footballers to kick-start their career in professional football. The finalists of the academy were trained in Dubai Soccer Academy and Manchester United Academy respectively. Adenuga also sponsored top Golf tournaments known as Glo Golf Tour West Africa which offered millions of naira to winners. There were also different editions of the Glo Marathon with outstanding prizes for winners.

In 2013, Globacom started the sponsorship of English Premier League live matches on Supersport, thus giving footballers in Nigeria and other parts of Africa the opportunity to watch live football matches and also follow their football clubs all through the season. The sponsorship of the matches is still running in 2021, 9 football seasons non –stop.

Is there any area where Dr. Adenuga has not intervened? He has been very magnanimous and kind to sports in Nigeria and Africa.

Globacom at 18 has no doubt grown to become a major player in the Nigerian telecom industry by offering subscribers best value for money through introduction of quality products and services such as Glotxt 4 millions which has seen many Nigerians winning millions of naira. Other offerings like Glo Infinito, Talk more, Yarn me more and Glo Gista in the past, as well as recent products like My Own Don Beta Promo and Mega Data Packages as well as the popular Berekete which one way or the other help subscribers to pay less while using the Glo network. This encapsulates the network’s philosophy of empowering Nigerians and giving them access to the best value and pricing.

A big congratulations to Dr Mike Adenuga jnr.(CON) for being a true Nigerian who believes in Nigeria by investing heavily in the country. He successfully raised the bar by getting the license and laying the foundation for the first indigenous GSM Company in Nigeria.

The living legend has through Globacom made a bold statement that all things are possible through determination, focus and hard work. He led the pack,setting the standard for young and upcoming Nigerians to believe in themselves and their country.

And just before we say Au revoir, the guru pulled another fast one last month when he led his top officials to Paris to sign a business contract between Globacom, and Eutelsat, the French Satellite conglomerate. The move, which is in support of the Federal Government’s plan to extend internet services to the rural areas of the country, will help to open up Nigeria’s rural communities to broadband internet. Many communities across the country without access to internet links will benefit immensely from VSAT/Satellite-based internet service and Satellite-based community Wifi internet service, courtesy of Globacom.

What else can one say than to salute the man with audacious courage and great tenacity. An entrepreneur par excellence and one of the greatest businessmen Nigeria has ever produced.

TODAY IN HOME
Powered by
marfeel logo
Logo
Founded on January 22, 1995, THISDAY is published by THISDAY NEWSPAPERS LTD., 35 Creek Road Apapa, Lagos, Nigeria with offices in 36 states of Nigeria , the Federal Capital Territory and around the world. It is Nigeria’s most authoritative news media available on all platforms for the political, business, professional and diplomatic elite and broader middle classes while serving as the meeting point of new ideas, culture and technology for the aspirationals and millennials. The newspaper is a public trust dedicated to the pursuit of truth and reason covering a range of issues from breaking news to politics, business, the markets, the arts, sports and community to the crossroads of people and society.