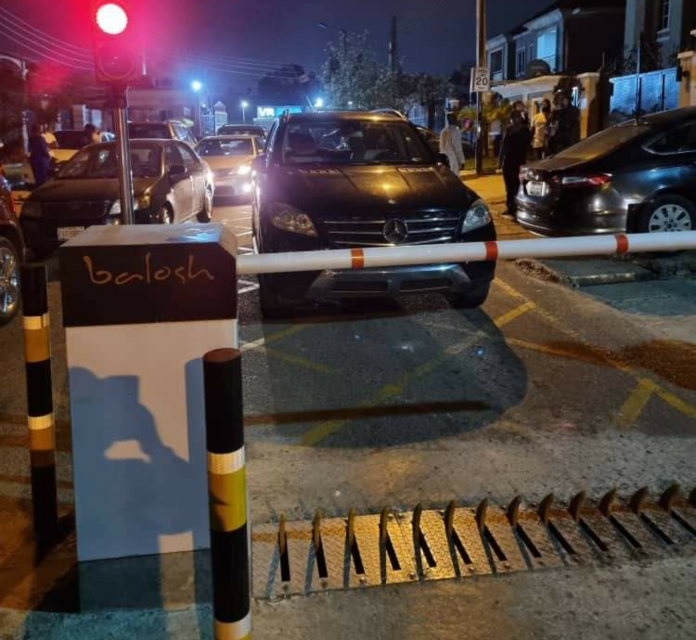 Magodo Brooks Residents Association in Lagos State has denied claims by the Lagos State Police Command that the Commissioner of Police, Hakeem Odumosu, was humiliated and denied entry into their estate.

Residents of the estate lamented that apart from arresting and detaining security guards, a widow and her children were also arrested and detained on the order of the CP.

The Lagos Police Public Relations Officer, Adekunle Ajisebutu, had in a statement noted that the CP didn’t lock down the estate, noting that he was stopped from entering the estate despite being accompanied by his armed security details, driven in his official car bearing an official number plate and a pennant, including all the paraphernalia of office.

But the estate, in press statement, said the security guards had no prior knowledge of the CP’s visit and were arrested in their bid to assist him with directions.

The statement read, “The Executives of MABRA will like to apologise to all residents who were delayed in the traffic jam caused by the social visit of the commissioner of police, Hakeem Odumosu on the 1st of January, 2022 to our estate,” the statement read.

“At about 6pm – Saturday evening, Odumosu entered our estate to attend a social event at the instance of one of our residents.

“It was quite a busy day in the estate yesterday as many residents had ongoing social events.

“The estate security operatives on duty, having not had prior knowledge of Mr. Odumosu’s visit and in a bid to assist him with directions to the house of his host, sought to ascertain the particular resident he was visiting.

“The commissioner interpreted this act as an insult on his person and ordered the immediate arrest of all the security operatives on duty even after gaining access into the Estate to attend the party.

“A resident who happens to be a widow that was passing by with her three children was also ordered to be arrested alongside her 3 children by the commissioner of police. Her offense was that she tried to intervene to understand the situation.

“The Executives, represented by the vice-chairman and the publicity secretary, after being briefed of the situation, proceeded to the party to apologise on behalf of the security operatives for any disrespect caused to the commissioner and plead for the release of the resident, her three children, and the security operatives. These pleas fell on deaf ears.

“At this point, the executives, members of the estate security committee, the estate CSO and some residents had converged at the estate gate to plead with the commissioner on his way out with the hope that his anger would have subsided after enjoying the party.

“To our amazement, the commissioner came down from the car on his way out, said he was insulted by our estate and further instructed that the remaining security operatives who replaced the arrested ones should also be arrested.

“This resulted in complete shutdown of the estate as no one could go in or come out as our estate gate is automated and the operatives with the access token were all arrested with the token. This further resulted in the traffic jam that occurred on CMD Road for over 4hrs.

“Pleas from different angles were made to the Commissioner with no yield until about 11 pm when he finally gave in. The estate was finally able to bail the security operatives who were already put in cell, the resident with her children who were put behind the counter at about 11:30pm.”