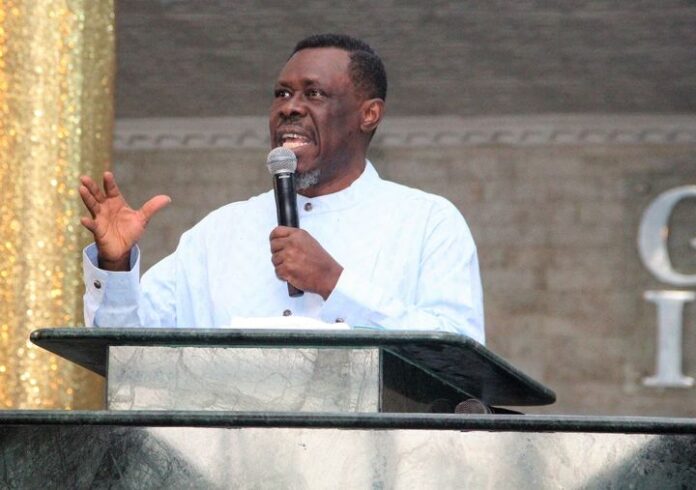 Agboli reportedly died on Wednesday after a brief illness.

A top source in the church told PM NEWS that Agboli was not able to preach on the pulpit on Sunday in the church as he was said to be sick.

“Only for me to hear this morning that pastor has died. I was going to work when I heard the sad news. I could not take it, I had to go back home,” he said.

However, the church has confirmed the death of Agboli on the pastor’s Facebook page, with his obituary displayed.

“Glory to God, It’s with a heavy heart, but unreserved submission to the will of God that the Victorious Army Ministries International announces the departure unto Glory of God’s servant, the Apostle, Joseph Dominic Agboli, who slept in the Lord on Wednesday, August 25th, 2021.

“Our confidence and joy is that he is without doubt, resting in glory with Jesus, the Author and finisher of his faith.

“He is survived by a wife and five children. Funeral rites will be communicated in due time. Shalom,” the church said.

Agboli was born on November 29, 1963, and hailed from Ogwashi-Uku, Delta State. His ministry, since taking off in Ikeja, Lagos, had been thriving, until this sad story which has plunged the Christendom into deep mourning.

He was married to Blessings, he founded his church in 1995, after pulling out of Pastor Patrick Anwuzia’s Zoe Ministries.