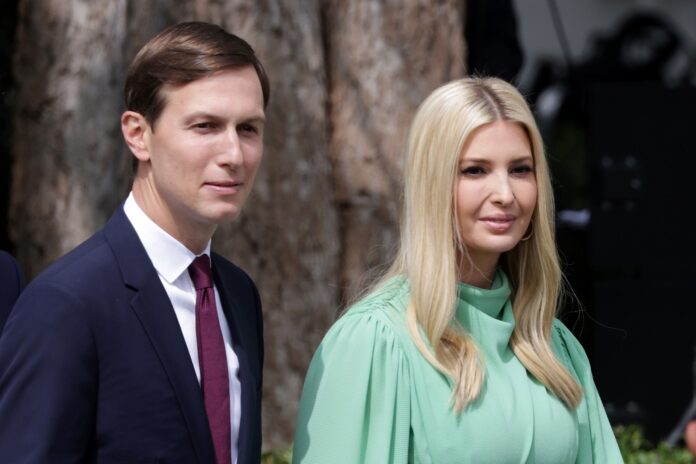 Ivanka Trump has wound up her time in the White House in the most fitting way possible: with a scandal about a $3,000-a-month toilet. Members of the Secret Service, it was recently reported, were banned from using any of the bathrooms in Jared Kushner and Ivanka’s Washington DC mansion and, instead, had to rent an apartment to relieve themselves in (although Jared and Ivanka have denied this). Talk about flushing taxpayers’ money down the drain.

One imagines Ivanka did not plan to spend her final days in DC dealing with the fallout from a violent insurrection and battling embarrassing leaks about her loos. When she appointed herself special adviser to the president, Ivanka was a handbag and shoe saleswoman bursting with ambition. She was going to empower women everywhere! Little girls around the world would read about Saint Ivanka for decades to come. She would be a role mogul: her branded bags would fly off the shelves.

Four years later, Ivanka’s clothing line has shut down and her personal brand has been damaged enough for a university to cancel her as a speaker. It seems she is persona non grata in New York and her dad has been banned from parts of the internet for inciting violence. By rights, Ivanka should be sobbing into her sheets wondering how everything has gone so wrong.

But Ivanka is a Trump: narcissism and self-delusion are in her DNA. As DC braces for pre-inauguration chaos Ivanka has been blithely tweeting her “achievements” and retweeting praise in an attempt to convince us she has left an important legacy.

According to her Twitter feed, one thing Americans should all be thanking Ivanka for is paid family leave, which has been one of her marquee issues. And, to be fair, if Ivanka is to be praised for anything, it’s for pushing Donald Trump to pass a bill giving federal employees 12 weeks of paid parental time off. Would that have happened without Ivanka? I don’t know. But she facilitated it. Does it make up for the many odious things Ivanka also facilitated? No.

Another of Ivanka’s big projects was the Women’s Global Development and Prosperity (W-GDP) initiative, which aims to reach 50 million women in the developing world by 2025 and … well, I’m not sure exactly what’s supposed to happen then. The initiative is so buzzword-laden that it’s somewhat hard to understand. You get the impression Ivanka launched it via vague instructions to “empower women in powerful ways via strategic pillars of empowerment”.