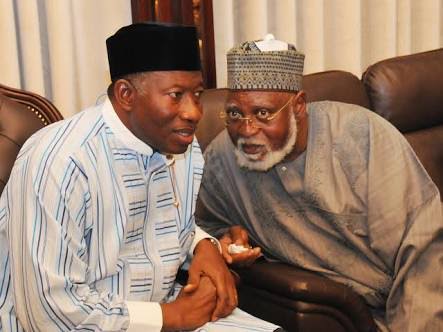 Senior Advocates of Nigeria from the South-East on Wednesday called on eminent Nigerians to intervene in the ongoing security crisis in the nation.

The group decried the wanton destruction of lives and property, especially public buildings, in the South-East.

The statement reads: “Concerned Senior Advocates of Nigeria of Southeast extraction (Concerned Southeast SANs) have noted with deep regret the recent killings and destruction of private and

public properties including those of the police and other law enforcement agencies,
as well as state institutions such as INEC, Courts, and Correctional Centers by unknown
persons.

The Concerned Southeast SANs condemn unequivocally and in very clear terms the
said acts of arson and the taking of human lives in the process. These acts of violence
are not supported and cannot be supported by the people of the Southeast.

The Concerned Southeast SANs commiserate with the families of law enforcement
officers, other public servants and private individuals who have lost their loved ones
as a result of the recent carnage.

Southeasterners are peace-loving, law abiding and development-oriented people and
the recent carnage is not representative of the aspirations of the good people of the
Southeast, just as is the case with the other geo-political Zones of the Country where
there have been security challenges.

It is indeed worrisome that the persons or group of people responsible for the
mayhem; where they are from and what their objectives are remain unknown.

It is equally worrisome that the management of the crisis unfortunately exhibits double
standards with regard to the response of Federal security agencies in South-East vis-
à-vis other similarly afflicted Zones.

In order to find an immediate resolution and stop further degeneration of the security
situation, the Concerned Southeast SANs hereby call for a TRUCE and immediate
cessation of hostilities on all sides to allow for a consideration of the underlying issues
and grievances which have led to the recent rise in ethnic or tribal nationalism not
only in the Southeast but in other parts of the country.

The Concerned Southeast SANs hereby call on those who are destroying public and
private properties, especially facilities of law enforcement agencies in the Southeast
zone to immediately discontinue their actions in order to forestall the slide into a total
breakdown of law and order in the Zone.

The Concerned Southeast SANs urge all
persons in the Southeast to remain law-abiding whilst calling on the law enforcement
agencies to respect the sanctity of life and avoid indiscriminate arrests.

The Concerned Southeast SANs also appeal to the Federal Government to embrace
dialogue and diplomacy as a means of resolving the myriad of growing disaffections
across the entire country in the interest of peace and unity of the Federal Republic of
Nigeria.

The Concerned Southeast SANs also appeal to all Nigerians especially those in
leadership positions to desist from rhetoric capable of inflaming the situation rather
than bringing the desired peace and unity which we earnestly desire.

In this regard, the Concerned Southeast SANs respectfully request His Excellency
General Abdulsalam Abubakar GCFR, His Excellency Dr. Ebele Goodluck Jonathan
GCFR, His Excellency Chief Emeka Anyaoku CFR, Pastor Tunde Bakare, Colonel
Dangiwa Umar (Rtd) jointly with other well-meaning Nigerians from the six geo-
political zones to intervene quickly in the matter with a view to securing a truce which
would provide a conducive atmosphere for resolving the underlying issues which are
currently threatening the survival of our dear nation.”