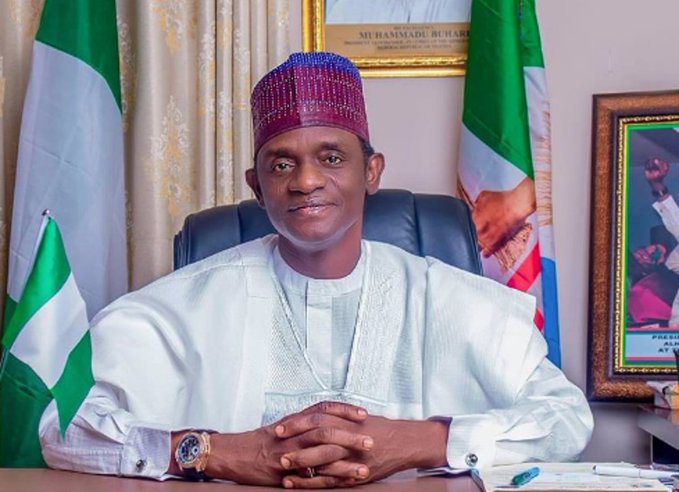 The All Progressives Congress has petitioned the Supreme Court against three of its Justices over the imbroglio surrounding the candidacy of the party in the December 5 2020 Imo North Senatorial District by-election.

The News Agency of Nigeria reports that the petition was signed by its acting National Chairman and Governor of Yobe State, Mai Mala Buni.

The party accused Justices Mohammed Dattijo, Abdu Aboki and Helen Ogunwumiju of holding a nocturnal meeting with the Peoples Democratic Party to scheme out the party from the Senate seat.

Justice Mohammed Dattijo, during the proceedings to hear the appeal by the APC candidate, Chukwuemeka Ibezim, on his disqualification by the lower courts, announced the suspension of proceedings pending the resolution of the damaging petition.

Dattijo, who led a five-member panel justices of the apex court, said the APC had by the petition called the integrity, reputation and honour of the three Justices to question and must be resolved first.

He said: “Let me confirm to all counsel in this matter that the Interim National Chairman of APC had written a petition against me and two other Justices of this court, namely Helen Ogunwumiju and Abdu Aboki, accusing us of having a meeting with members of PDP to subvert justice in the case.

“They alleged that my humble self had led my two brothers to attend a meeting with members of the PDP to strategise on how to subvert the outcome of this case.

“I must say that this is most unfortunate and my heart bleeds for this country.”

Dattijo said that if people as highly placed as the interim chairman of the APC would open his mouth and make this weighty statement against innocent Justices of the court, then his heart bleeds.

He said: “We are not interested in any matter and I challenge him and the party to substantiate his allegation that my humble self attended a meeting with members of the PDP with a view to subverting the interest of their party.

“This is a reckless and irresponsible statement.

“That is how these useless statements were made in the past and that is why we are not taking it likely.

“If they have honour, let them substantiate their allegations and I will not stay a day longer in this court.

“So, this matter is adjourned sine die and parties should approach the Chief Justice of Nigeria.”

However, Malam Ahmed Raji (SAN), counsel to Senator Ifeanyi Ararume, a senatorial aspirant on the platform of the APC, dissociated himself from the petition, adding that he was shocked to hear about the allegations made against the Justices.

“I swear with my last day in this court that I Ahmed Raji knows nothing about this issue and I condemn it with all the strength.

“I sympathise with your lordships and whatever measure your lordship deems appropriate, we are fully in support.”

In his own reaction, Umeh Kalu, counsel to the APC, said he was just hearing of the petition for the first time.

Kalu said: “I am taken aback by this.

“I have never in my life met with the Interim Chairman of the APC.

“In matters of this nature, we normally deal with the Legal Adviser and in the first place, PDP is not a party in this matter.”

NAN reports that Ararume and Ibezim, both members of the APC, have been laying claim and counter claim to the candidacy of the APC in Imo North Senatorial District.

The Independent National Electoral Commission had declared APC as the winner of the bye-election, but refused to announce any person as the authentic candidate of the party on the grounds of conflicting court orders for and against the two major contenders.

However, Justice Taiwo Taiwo, of the Federal High Court in Abuja, on March 18 ordered INEC to issue Ararume with the Certificate of Return.

The suit before the Supreme Court is that which seeks to upturn the judgment of Inyang Ekwo, a Federal High Court Judge, and that of the Court of Appeal, which both nullified Ibezim’s candidature on the grounds that he made false declaration in the documents he submitted to INEC.

The apex court has, however, suspended the case indefinitely.