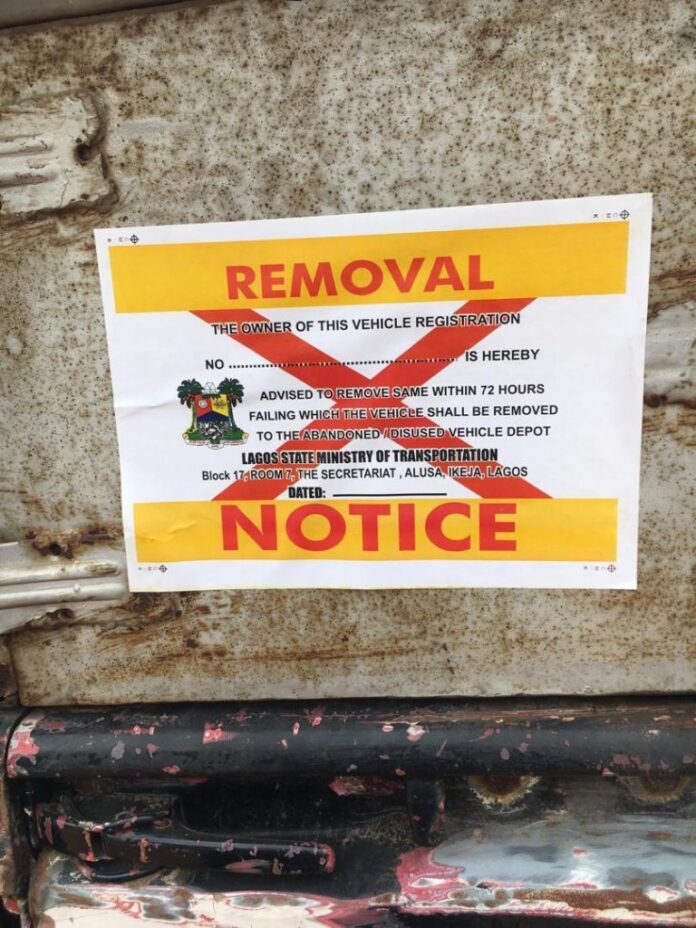 Former Vice Chairman of the Nigeria Bar Association (NBA), Barr. Monday Ubani has raised the alarm after officials of the Lagos State Government in connivance with thugs grabbed a piece of land situated at No 1 Folurunsho Kuku Street, Off Agbaoku, Opebi.

Ubani, who took to his Facebook page to decry the development in a post titled “How Not To Use The Agencies Of Government In Lagos State To Grab Someone’s Land” said he was beginning to lose faith again in Nigeria as it appeared that “Might is Right irrespective of the right of the victim”.

According to him, “Few months ago some men led by one “Engr” Abiodun Ariori and few others working in cahoot with other land grabbers invaded a piece of land situate and lying at No 1 Folurunsho Kuku Street, Off Agbaoku, Opebi covered with a certificate of occupancy obtained since 1989 belonging to a client company owned by a known Nigerian.

“The invasion was with thugs and mopol personnel who I understand are men he uses to guide himself and his business.

“I went to the land and confirmed the invasion. I enquired from the Mopol personnel under whose authority they invaded the land, they answered they were under the instructions of one Abiodun Ariori.

“I reported the matter to the Nigerian Police Force and they were arrested. When asked why they invaded the land of someone else, Mr Abiodun Ariori started to brandish a purported supreme court judgement that was delivered since 1990.

“I sought and obtained the judgement and found out that the judgement has nothing to do with the said land in question. The judgement was in respect of a piece of property in Onigbagbon Area of Ikeja where Eko Hospital is presently situated. My client’s land is at 1 Folurunsho Kuku Street, Off Agbaoku that is several kilometres away from the said land in Onigbagbon with a certificate of occupancy obtained in 1989. Besides, if it is judgement of court they came to enforce, they ought to use the Court Sheriffs and officials for the enforcement and not thugs and men of Mopol.

“Since it is a land matter, I advised myself that court action will be appropriate. I sued and joined all the people that claimed that they were enforcing a supreme Court judgement by invading the land. They were duly served personally and by substituted means. When they refused to appear or respond to the claims and reliefs of my client, the court granted an injunction against them. The injunction was also served and pasted on the property. The suit No is ID/6199/LMW/2020.”

But Ubani said that till date, Mr. Ariori was yet to file any response to the claim, but have been boasting that “they own Lagos and that they were the ones that installed the present government and they will teach the owner of the land that they own everybody here in Lagos.

About a week ago, we woke up to see and hear that allegedly Ministry of Transport and Environment came to paste Notice that the mechanics who are there legitimately at the instance of the owner should vacate there within 48 Hours. We have pictures of the Notice pasted on all the cars and on the property by the Ministry of Transport.

“I immediately called the Commissioner of Transport, Lagos, a perfect gentleman who picked my calls and asked that investigation be conducted on who in his ministry was behind it. I later found out that one Hon Fayinka in the Ministry of Transport was working with the land grabbers to take over the land illegitimatlely.

“I say this because I put a call across to the said Hon Fayinka and he boasted to me that they are coming to take over the land very soon as they are acting on instructions from higher quarters.

“I immediately wrote to the Commissioner of Transport and copied his Permanent Secretary of what the Ministry was about to do. I am yet to receive a response to the letter as I have evidence that it was delivered.”

But despite these efforts, on New Year’s Eve, he recieved a call from the mechanics on site that Lagos State Officials from the Governor’s Office, Enforcement Unit invaded the land with caterpillars, trucks, towing vans and over 150 police officials and thugs and beat and arrested everyone on site.

“They beat those mechanics to stupor, arrested them and put them in black Maria and set out to tow all the vehicles away to Alausa. They used the caterpillar to destroy everything on site, pulled down some erected structures therein and padlocked the place. In fact as I type all the vehicles are at Alausa in the Ministry of Transport.

“To compound the case they came with the land grabbers who were boasting that they have taught the owner a lesson that they own lagos and they are about to start building on the land despite the court order,” he said.

Ubani said he has since spoken to the Commissioner for Transport, Hon Oladeinde and his Environment counterpart, Mr Tunji Bello, both of whom, according to him, denied knowledge of the invasion.

He said the Chairman of Lagos State Task Force was apparently not aware of the “illegal operation of using state apparatus to carry out personal ambition of notorious land grabbers.

“Presently they have padlocked the private property and ensure thugs are hanging around with dangerous weapons to harm anyone that wants to enter into the property. All the vehicles have been towed to Lagos State Ministry of Transport.

“For God’s sake, is this how to enforce court judgement if any? Why would a citizen in a bid to grab someone’s land use State apparatus, officials and vehicles to grab a land that is presently a subject of litigation at the State High Court? Why have they refused to file any defence to our action in court, preferring to use force to take over a property which the court has granted an injunction? Are we now back to state of anomie where might is right, where the wealthy and strong destroys the weak and poor?

“Please I need the Governor of Lagos State His Excellency Jide Sanwo Olu to know that they are using his name as the person that authorised the State officials to take over someone’s land in a matter that is presently in court. In my 30 years of practice as a legal practitioner, the Governor’s office or any State Ministry CAN NEVER AND WILL NEVER BE USED TO EXECUTE COURT’S JUDGEMENT. IT IS THE COURT OFFICIALS THAT ARE EMPOWERED BY LAW TO EXECUTE A VALID COURT’S JUDGEMENT.

“Please let this write up go viral until it gets to the ear and eyes of the Governor of Lagos State. We cannot allow few bad elements in this State to destroy what Lagos State the Centre of Excellence stands for, NEVER.

“The Land grabbers have promised to start erecting structures on the land by tomorrow being the 1st of January, 2021. God will keep us all alive to see how this brazen impunity will be allowed to happen here in Lagos and in NIGERIA.”