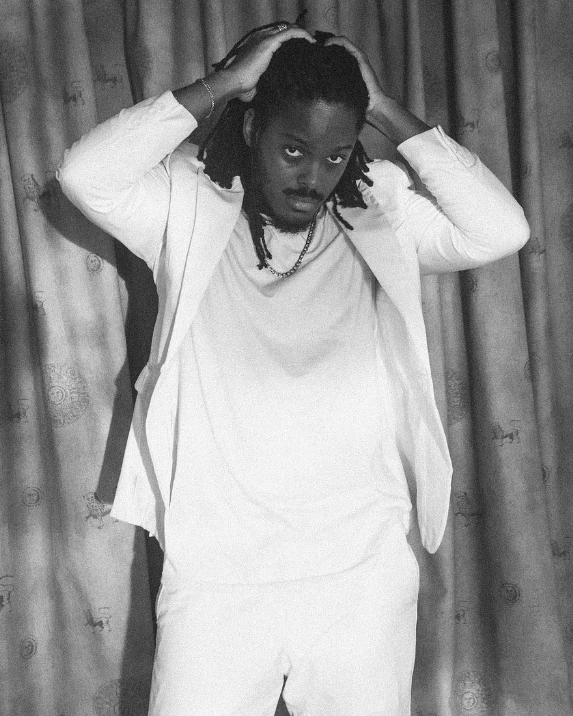 Singer Tomi Thomas is making the most of a boost in popularity after the successful release of his EP Hopeless Romantic.

The project picked up steam in the Afrobeat category and skyrocketed in the dancehall and reggae space with a track called “Hurricane” featuring the legendary Buju Banton. The highly anticipated drop lived up to the hype with industry support and extensive press coverage in Africa, Europe, the United States, and the Caribbean, along with other pockets of global reach.

Tomi Thomas has been staying busy since the Hopeless Romantic EP dropped in early June. It made for a nice build-up to the “Hurricane” video release on Buju’s birthday in mid-July and subsequent premier on media heavyweight The Fader. Tomi also worked on multiple collaborative projects recently and had several features debuting over the summer too.

From SJXY’s smooth single “So Long” to hip hop’s Show Dem Camp track “Rise of The Underdogs,” the crooner lends his exquisite vocals to enhance the flavor.
Hopeless Romantic EP: Listen
The Nigerian talent is popping up on playlists, getting significant airplay, and making an impression with influential people worldwide. From press appointments to live performances when possible, Tomi has been on the move. He snagged a spotlight on Okay Africa’s Music You Need To Hear This Week and a Fan Affairs feature on Not Just Okay, received a glowing review for the Hopeless Romantic EP on Pauzeradio, and rounded out the summer with a ‘Higher Vibrations’ LIVE event.
Tomi Thomas continues to reach new heights with each chapter of his professional development. He branched out as a solo act early in his career, after a stint with popular musical group Loud On Sound (LOS). In releasing his debut album, the single “Ready Or Not” reached #1 on the Soundcity Nigeria’s Top 10 Chart. Tomi Thomas now leads the modern African music scene with a fresh perspective and absolute artistry. Writing songs, singing, performing, painting, his creativity is on full display with what he has a passion for and loves.