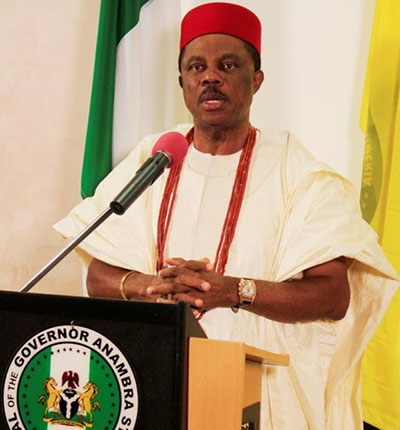 Anambra Governor Willie Obiano has imposed a three- day curfew on Umueri, Aguleri and Umuoba Anam following the mayhem that erupted on Saturday.

Obiano hails from Aguleri and is also the holder of the traditional title of Akpokuedike.

The curfew, according to Obiano, will last between 7pm to 7am everyday.

This was contained in a statement from the Government House on Saturday.

Already, the joint Task Force Team JTF, has taken over security in those communities to quell the situation.

The two neighboring communities had been on war path since 1998.