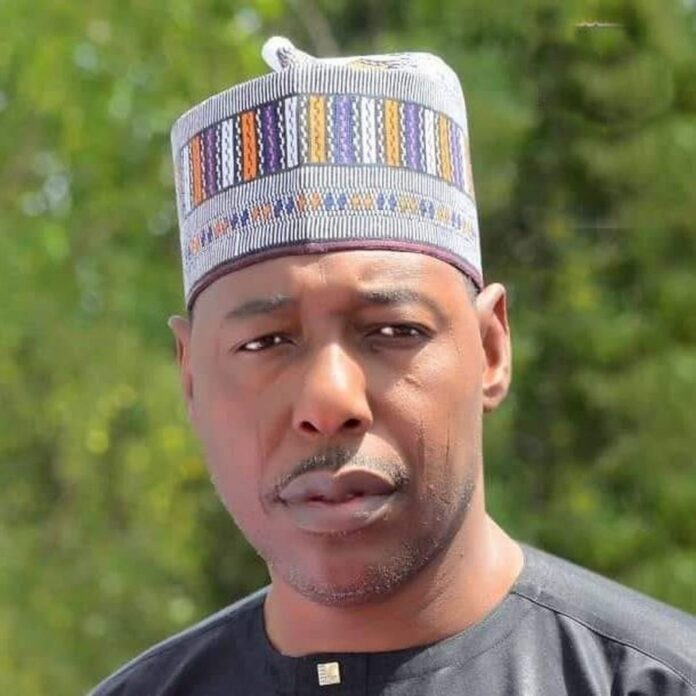 Governor Babagana Umara Zulum who is the Chairman of the Northeast Governors’ Forum, alongside Governor Inuwa Yahaya of Gombe State, were in Sokoto on Saturday, for condolence and solidarity visit to Governor Aminu Waziri Tambuwal over a recent attack on Goronyo market by bandits, which left about 40 dead.

Zulum led the visit on behalf of the Northeast Governors Forum, and donated N20m as solidarity humanitarian support.

Speaking to Tambuwal during the visit, Zulum said the Northeast Governors share the grief of families affected by the attack hence the delegation, to register condolence and express solidarity.

Zulum prayed for the return of peace in Sokoto and all parts of Nigeria, noting his doors are always open to exchange of experiences given from challenges faced by Borno State, and steps being adopted on the way forward.

In his response, Governor Aminu Waziri Tambuwal expressed profound gratitude to the Northeast Governors Forum which was represented by Zulum and Yahaya.

He noted that the visit was a soothing balm to victims and affected families, and to the entire people of Sokoto State.

Tambuwal further described the coming of Governors Zulum and Yahaya as a clear manifestation of love and brotherhood between the Northeast and the Northwest in general, and between Borno, Gombe and Sokoto States.

Governor Tambuwal acknowledged the many efforts of Zulum in Borno since becoming Governor two years ago.