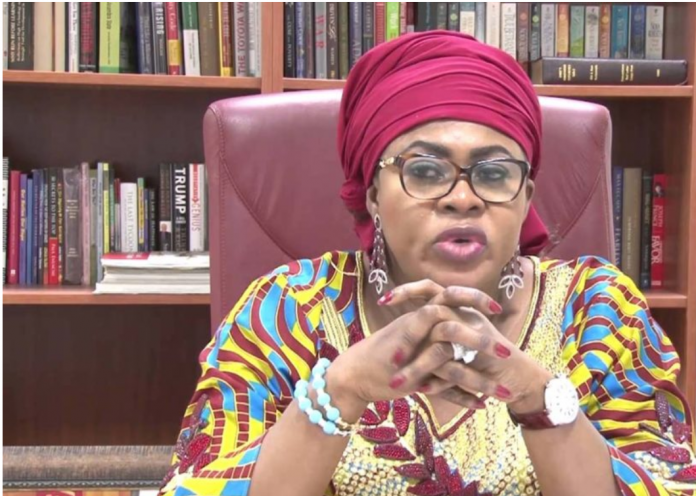 A Federal High Court in Abuja on Wednesday fixed November 22 for the arraignment of ex-Aviation Minister, Stella Oduah, over allegations bordering on fraud while she served in the office.

Although Oduah, who currently represents Anambra North Senatorial District at the National Assembly, was scheduled for arraignment before Justice Inyang Ekwo on Tuesday, the proceeding could not take place due to a public holiday.
However, a check at the court on Wednesday by the News Agency of Nigeria (NAN) revealed that the matter, though not on the cause list, had been fixed for Nov. 22 and Nov 23 for trial.

NAN reports that Justice Ekwo had, on July 12, threatened to issue a warrant of arrest against the former minister if she failed to appear in court by the next adjourned date (October 19).

The judge had given the warning after Dr Hassan Liman, counsel to the Economic and Financial Crimes Commission (EFCC) in the alleged N5 billion trial against Oduah and eight others told the court that Oduah and one other defendant were not in court to take their plea.

NAN also reports that the court had earlier fixed Feb. 9 for the arraignment of the former minister.

The lawmaker is facing a fraud charge alongside others in a suit with number: FHC/ABJ/CR/316/20.

The anti-corruption agency is alleging that Oduah misappropriated public funds to the tune of N5 billion while serving as Minister of Aviation.

When the matter was called in the last adjourned date, Liman, who informed that the case was scheduled for arraignment, said the anti-corruption agency had carried out the court order made on February 9.