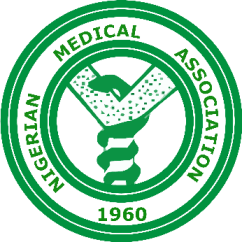 The Federal Government and the Nigerian Medical Association are headed for a collision over the ongoing strike by the National Association of Resident Doctors.

NMA had given the government a 21-day ultimatum to resolve issues in its Memorandum of Understanding with the resident doctors.

The MoU was signed on August 21, 2021 but the doctors remained adamant and continued with their strike.

They also ignored an order of the National Industrial Court to return to work pending the determination of a suit filed by the government.

However, the Minister of Labour and Employment, Dr. Chris Ngige, rejected the NMA’s demand.

The ministry’s spokesman, Charles Akpan, in a statement said the FG “is religiously implementing its own side of the agreement, with effective monitoring by the office of the Minister of Labour and Employment.”

Akpan added that the NMA had yet to “move a needle” on the roles assigned to it in the agreement.

The NMA earlier threatened to join the ongoing strike of its affiliate unions (Nigerian Association of Resident Doctors) if the government failed to resolve all the issues contained in the various agreements signed with the resident doctors.

The Ministry while reacting to the threat in a statement titled, ‘Labour Ministry to NMA: Your 21-day ultimatum in collision with our MoU,’ argued that the NMA’s position was at variance with the timeline stated in the Memorandum of Agreement.

The statement read, “First is that the NMA communique in Benin which issued a 21-day ultimatum is at variance with the timeline in article II, Vii, Vii, and X of the MOA.

“Importantly, article II on payment of the outstanding hazard allowance from the 2020 Medical Residency Training Fund states that the fund will be paid after verification and reconciliation of figures from the BOF. Till now, Both NARD/ Postgraduate Medical College are yet to submit the validated application for the eligible doctors missed out in 2020 to enable this payment.

“Article Vii on withdrawal of the circular from the Office of the Head of Service removing House and NYSC Doctors from the scheme of service says ‘the NMA should submit her position immediately to the FMOH PS for onward transmission to the Office of the Head of the Civil Service of the Federation with a view to processing and issuance of clarification circular within two months.’ The NMA is yet to comply with this.”

The Ministry spokesman further stated that the technical committee set up in article Vii to tackle the backlog of arrears on Government Integrated Financial Management Information System was given four weeks effective Monday, August 31, 2021, to round off its assignments, querying if this wasn’t a collision with the 21-day ultimatum.

Akpan added, “Also, article X of the MoU also states that the Nigerian Medical Association should facilitate the withdrawal of suits by Medical and Dental Doctors in Academics against the National Salaries Income and Wages Commission and the Accountant- General of the Federation to ensure the amicable resolution of the issues. The NMA is yet to do this, yet issuing a fresh ultimatum.

“It is, therefore, clear that the 21-day ultimatum will neither assist the NMA discharge the role assigned to it in the MoU nor facilitate the faithful implementation of the timeline which the federal government has given every attention.”

The government reprimanded the NMA to play its role “as the guardian of its affiliate associations instead of descending into the arena for needless fear of impeachment.”

Phone: +2348154378732.
MetroStarng.com is your one stop portal for breaking news, entertainment, politics, business & opinion all across the world. We provide you with the latest news and breaking news as soon as they happen.
Contact us: me[email protected]
FOLLOW US
© 2017 - 2021 MetroStarNG.com. All Rights Reserved