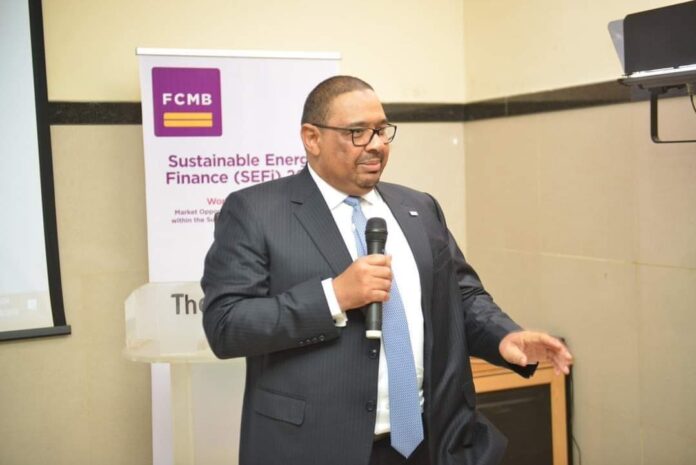 First City Monument Bank (FCMB) has stated that there is no evidence to link the bank’s Managing Director, Adam Nuru with death of Tunde Thomas as being speculated.

FCMB spokesman, Diran Olojo speaking through Rafiu Mohammed on Saturday said it is unfortunate that people could come up with unsubstantiated claims which the deceased never raised when he was alive.

“Assuming there was a DNA report that said there was indeed an affair between them and the children belonged to the MD, that’s evidence. But so far, there’s none. Also, has any evidence established his (Thomas’s) death was caused by our MD? Anyone can suffer cardiac arrest,” he said, to dismiss the allegations in the social media.

FCMB Managing Director, Adam Nuru
According to him, the fact that Tunde Thomas impregnated another lady and was on the verge of remarrying before his death showed that he had already moved on from what transpired during his marriage to Moyo.

“It’s mere allegation with no evidence or fact to back it up. That’s the issue. But if they come up with evidence, we will respond. Also, the petition is going through the CBN, does the apex bank settle personal or marital issues?

“The person in question has died. When he was alive, he didn’t take up the matter himself but when he died, some people are claiming to be fighting for him”, he said.