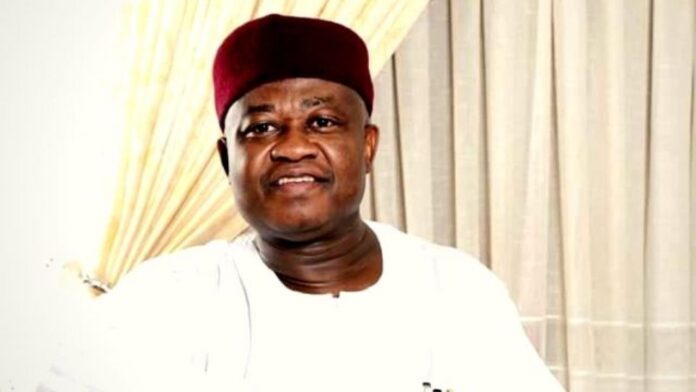 Governor of Ekiti State, Dr. Kayode Fayemi, has mourned the death of the Publisher of LEADERSHIP Newspapers and former presidential aspirant, Mr. Sam Nda-Isaiah, who passed on Friday, aged 58 years.

Dr. Fayemi in a statement by his Chief Press Secretary, Yinka Oyebode, described Nda-Isaiah’s death as a monumental loss to the country in general, the media industry in particular and the All Progressives Congress (APC), on whose platform he had aspired to the country’s number one position in 2015.

The Governor said he received the news of the demise of the former presidential aspirant with shock and a sense of loss as the renowned Pharmacist turned Media mogul never showed any sign of illness during their last meeting.

Describing the deceased as a personal friend and a patriot who fought for a better Nigeria, Dr Fayemi said the death of Nda-Isaiah had robbed the country of a detribalised Nigerian who was an incurable optimist of a greater and stronger Nigeria which he used his prime position in the media to advocate.

Dr. Fayemi said Nda-Isaiah excelled in his primary field of Pharmacy and also shone as a media entrepreneur, a columnist and an advocate for a united Nigeria.

The Governor recalled that the deceased ran a colourful and issue-based campaign as a presidential aspirant on the platform of the All Progressives Congress (APC) in the run-up to the 2015 general elections where he espoused his vision for the country. “He was an apostle of politics without bitterness and a lover and promoter of good governance”, he added.

The Chairman of the Nigeria Governors’ Forum regretted that Nda-Isaiah, whom he described as an innovative entrepreneur and decent politician, died at his prime, at a time when his contribution to nation building was needed.

“This is a huge loss. We have lost a patriot who was ever positive about the greatness of the country.”, he said.

Dr. Fayemi urged the family, associates and admirers of the deceased to be consoled by the worthy legacies he left behind and the positive impact he made in all his endeavours.

The Governor said "the thoughts and prayers of the Government and good people of Ekiti State are with the immediate family of the deceased, management of the Leadership newspaper, which he birthed and nurtured.

"May God grant him eternal rest and grant the family the fortitude to bear the irreparable loss.”, he added.