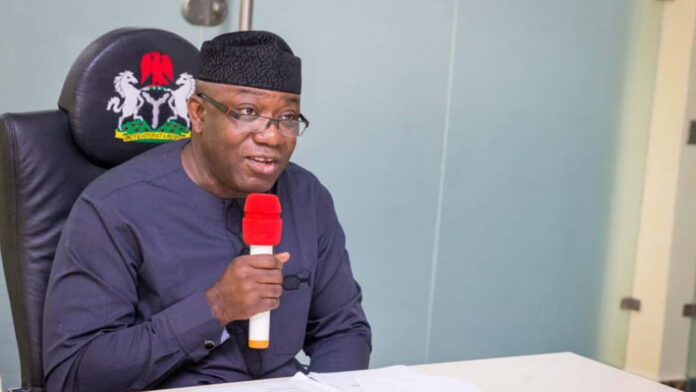 Ekiti State Governor, Dr. Kayode Fayemi, has mourned the death of a former Minister of Science and Technology, Dr. Bode Olowoporoku, who passed on Wednesday after a brief illness. He was aged 76 years old.

The Governor in a condolence message signed by his Chief Press Secretary, Yinka Oyebode, described the late Minister as a brilliant Economist and politician as well as a dogged fighter who contributed immensely to the creation of Ekiti State in 1996.

The deceased served as Commissioner for Economic Development in the old Ondo State and Minister of Science and Technology both in the Second Republic and later served as Senator representing Ekiti South Senatorial District between 2003 and 2007. He bagged his PhD in Development Economics from University of Manchester in 1975.

The Governor stressed that the late Dr. Olowoporoku, alongside other prominent Ekiti monarchs, scholars, politicians, and community leaders spent resources, time and energy and embarked on several journeys to the nation’s capital to ensure that Ekiti State was created.

Dr. Fayemi described the death of the notable politician as a huge loss not only to Ekiti State but to Nigeria as a whole, adding that the deceased made his mark as a statesman.

He described the late Olowoporoku as a man of many parts – a colourful politician, philanthropist, philosopher, scholar, policy formulator, and a big-time farmer.

“Above all, he was a patriot who was passionate about the emancipation of his people as well as the socio- political and economic development of our dear state and country in general”, the Governor said.

The Governor noted that the departed politician during his stint as Senate Committee Chairman on Agriculture, attracted more budgetary allocations to the agriculture sector which boosted food security in the country.

He said the late Minister will be missed for his wise counsel, constructive criticism and courageous stance on national issues.

” On behalf of the government and good people of Ekiti State, i commiserate with the immediate family members of the late Dr Olowoporoku and pray that the Lord will grant them the fortitude to bear this irreparable loss and grant Baba eternal rest”, the Governor added.