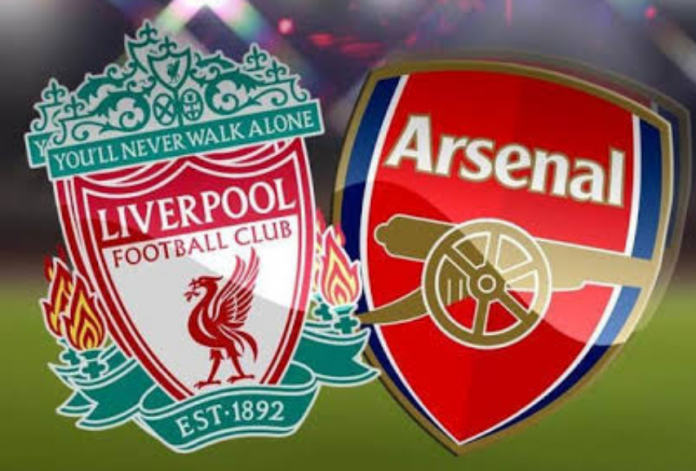 Arsenal and Liverpool are both set to have depleted squads for their Carabao Cup semi-final as the African Cup of Nations is set to go ahead.

The Gunners made it through to the next round after a dominant 5-1 win over Sunderland as Mikel Arteta’s youngsters put the Black Cats to the sword.

The Reds navigated a tricky tie against Leicester as they came from behind to win on penalties as Jurgen Klopp also made several changes to his side.

It’s expected that both managers will field stronger line-ups after they were drawn against each other in the semi-final with the first leg expected to go ahead on January 3rd.

But they won’t be at full strength due to the players being away at the African Cup of Nations.

Arsenal will see Thomas Partey, Mohamed Elneny, Nicolas Pepe and Pierre-Emerick Aubameyang all leave for the competition, although the latter is unlikely to be involved after being stripped of his captaincy.

Liverpool are arguably at a bigger disadvantage losing Mohamed Salah, who has been the best player in the Premier League this season, Sadio Mane and Naby Keita.

The Gunners could also be boosted by a new signing arriving in time for the clash as Arteta looks to add reinforcements in January, whereas the Reds will likely just do their best to get by without Salah and Mane.

The Spaniard was already keen to add a new striker with Alexandre Lacazette’s contract expiring at the end of the season.

But with Aubemeyang now banished from the squad and expected to leave in the upcoming window, it means it’s now a priority for the Arsenal manager and is something he will look to address as soon as the window opens.

Arsenal are also looking at a midfielder with the likes of Renato Sanches on their radar.

If Arteta can get a target through the door quickly, there is a good chance they could feature at some point across the two legs.

Liverpool fans have been secretly hoping the African Cup of Nations wouldn’t go ahead as were serious claims the tournament might be postponed due to the pandemic.

A statement read: “The president, Patrice Motsepe, held a meeting with the leader of Cameroon on Tuesday to focus on safety and the challenges presented with the Covid-19 pandemic.

“The President of CAF Dr. Patrice Motsepe held a very constructive and fruitful meeting with the President of the Republic of Cameroon, His Excellency Mr. Paul Biya in Yaoundé, Cameroon on Tuesday, 21 December 2021.

“During the meeting, Dr Motsepe emphasized the importance of the collaboration between the Government of Cameroon, CAF and other stakeholders in implementing Covid-19 global best practices at all the stadiums, training pitches, hotels and all the areas where the players, match officials, spectators and visitors will be during the TotalEnergies Africa Cup of Nations Cameroon 2021. This is particularly important in light of the Omicron variant.

“CAF is proceeding together with its partners and other stakeholders in the preparations of a successful hosting of the TotalEnergies Africa Cup of Nations Cameroon 2021 starting on 09 January 2022.”