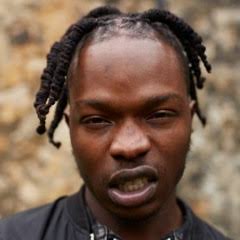 Azeez Adeshina Fashola, popularly known as Naira Marley, has undoubtedly cemented his name in the hallowed halls of street dancehall music in Nigeria and abroad.

Although the artist doesn’t quite do it with the charm of Fela Kuti or the polish of big international acts like Burna Boy and Wizkid, Naira Marley has inspired his own army of youth (who call themselves Marlians).

The artiste has taught many young people to stand up for themselves in the face of the despotism of Nigerian leaders and to push back on the stronghold of age-old traditions. He may be no Bob Marley, but Naira Marley has used his voice as an artist to bring heartiness to millions all over the country – using vernacular.

Naira Marley, being a polarising figure, has not been without his fair share of controversy. The ‘Am I a Yahoo Boy” crooner was in May 2019 arrested by the Economic and Financial Crimes Commission shortly after releasing the antagonistically titled single. The EFCC charged him with 11 counts of fraud. The police again detained the singer in 2020 after he was caught contravening the presidential lockdown order enacted to avoid the spread of COVID-19.

However, despite his run-ins with the law, Naira Marley has remained somewhat a cult hero in the eyes of many members of Nigeria’s youthful populace. This is not only owing to his musical prowess, however.

The claim
Sometime in 2020, a claim that the perceived ruffian, ‘local’ rapper was a university graduate started making the rounds on social media. However, the reports didn’t stop there, as there were further claims that the artist is a first-class honours graduate and even possesses a master’s degree. This was undoubtedly a lot to swallow for high-nosed Nigerians and conservative adults who had intended to discourage their wards from pursuing the run-down paths that Naira Marley is perceived to have taken.

Though a section of his fanbase celebrated him in light of the reports, the confusion was palpable among the rest of his fans. It seemed like the leader of the ‘Marlians no dey graduate (Marlians don’t graduate‘ army had reneged and gotten himself a degree. The man who once said having a big behind as a woman is better than having school qualifications. The question in the mouth of many suspecting Nigerians was simple: Is Naira Marley truly a graduate?

The misleading reports were parroted by some online tabloids and news outlets who had obtained misleading information from one Funke Fatai on Twitter.

Funke Fatai wrote, “Do you know Naira Marley is a graduate of Peckham Academy in the UK where he graduated with a distinction in business? The shocking aspect of his biography is that he is a master’s degree holder!!! And you are there shouting Marlians don’t graduate, I pity you.”

The school, located in Peckham, London, offers a curriculum specialised in Business, ICT and Performing Arts and is run by an Executive Principal (or Headteacher). Admissions for students begin in Year 7 (the equivalent of JSS1), and the school provides programmes through to Year 11 (SS2), at which point students are prepped to obtain a GCSE.

It’s also important to note that opposed to the general assumption that the Academy is highly prestigious, the respectable Harris Academy Peckham has been continuously revamped to improve the school’s reputation. The school only began to improve significantly shortly after receiving funding from Lord Harris of Peckham in 2007.

While it is not beyond Nigerians to exaggerate degrees obtained on foreign soil, the embellishment of a GSCE and A-Levels training to honour roll and postgraduate education heights is outright disinformation.

The rapper himself has often recounted his time in Peckham, London. Although he could be a street-prowling genius who knew how to balance gangster life with university studies, that is highly doubtful.

The rapper himself has claimed that he has been arrested no less than 124 times and said on the record about his time in the UK, “It’s not like I was a gangster, I am a gangster”. The artiste already had an infamous reputation in Britain and attained music stardom abroad before replicating it on home soil.

For many, the 30-year-old is a living legend and role model whose legacy is approaching god-like status. But this is a harder case to sell to Nigeria’s academia-obsessed population, who would rather that their gods went to school and did not brandish ephemeral degrees.

Both Harris Academy Peckham and CTK college have been contacted by our correspondent to confirm if Naira Marley ever graduated. However, both schools are yet to respond to the enquiries.