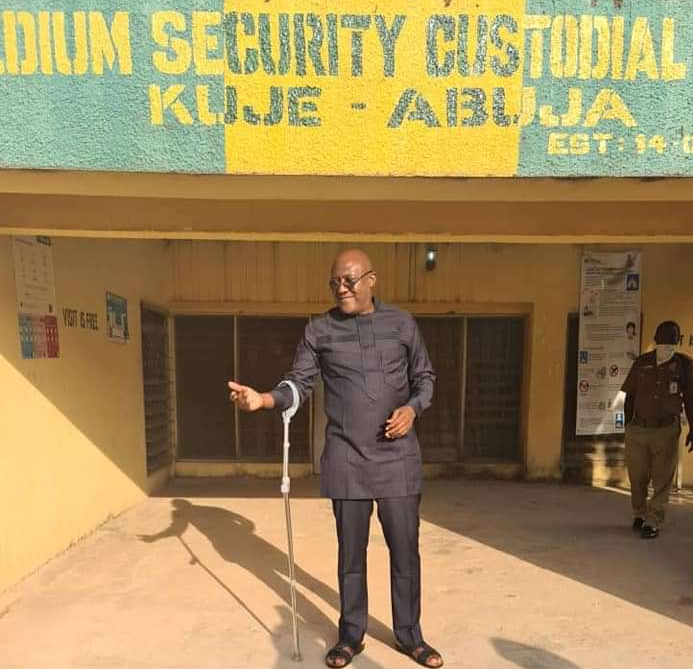 A former spokesman of the Peoples Democratic Party, Olisa Metuh, on Thursday walked out of the Kuje Correctional Centre in Abuja a free man.

His seven-year jail term was quashed last week by the Court of Appeal after it accused the trial judge, Justice Okon Abang, of bias in the handling of the case.

A former Minister of Aviation, Chief Osita Chidoka, who broke the news of his release on Facebook, said: “See who is out of Kuje prison…. Christmas present to all those who persevered, believed and worked for justice.

“Olisa Metuh walks out of Kuje on the eve of Christmas. It is not over until it is over.”

Dasuki was also discharged and acquitted by the appeal court.

The Economic and Financial Crimes Commission, which prosecuted both men, said it would head to the Supreme Court.