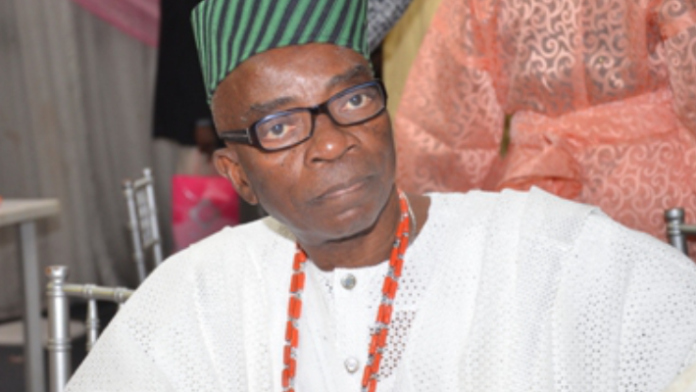 A former Minister of State for Finance, Senator Jubril Martins-Kute, has died aged 78.

Kuye was minister under the Obasanjo administration and had earlier been a senator in the Third Republic.

He contested under the banner of the Peoples Democratic Party for the governorship of Ogun State in 1999 but lost to Chief Olusegun Osoba of the Alliance for Democracy.

Kuye, who was an industrialist and businessman, hailed  from Ago-Iwoye in Ogun State.

Meanwhile, President Muhammadu Buhari has sent condolences to his family in a statement issued by his media aide, Mallam Garba Shehu.

It reads: “President Muhammadu Buhari commiserates with family, friends and associates of former Minister of Commerce and Industry, Sen. Jubril Martins-Kuye, praying that the almighty God will comfort them at moment of grief.

President Buhari condoles with Ago Iwoye community, government and people of Ogun State over the passing of the legislator in the Third Republic, who served in the Fourth Republic as Minister of State, Finance, and Minister of Commerce and Industry, bringing with him many years of experience from the banking sector.

The President believes Martins-Kuye will be sorely missed for his insight on issues of development, particularly in tailoring budgets that reflect needs of the people, with his emphasis on full implementation.

President Buhari prays that the soul of the former minister will rest in peace.”