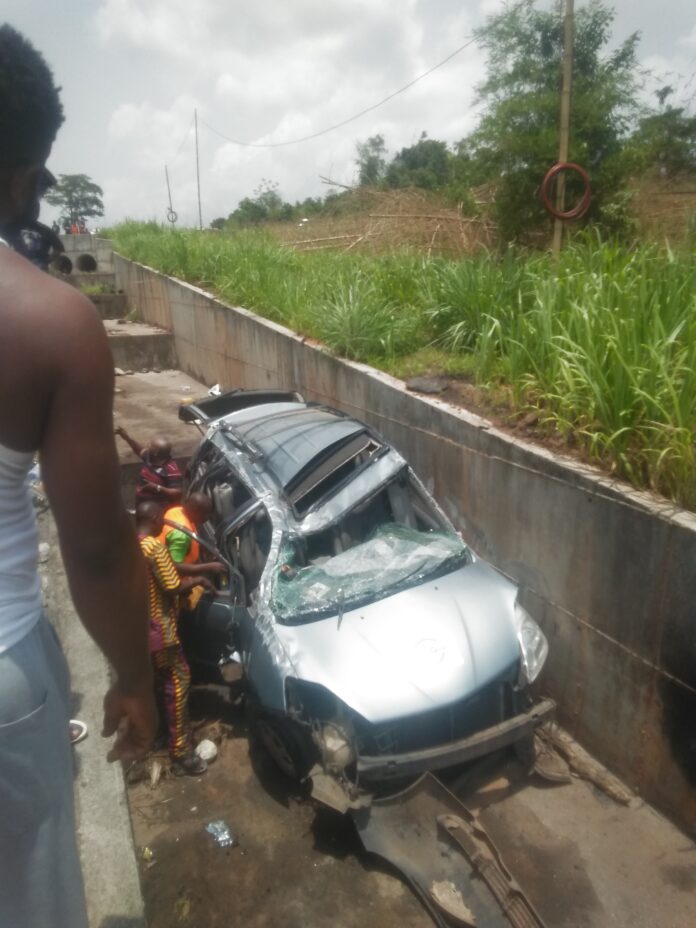 Three persons travelling in a Toyota Sienna bus from Onitsha to Lagos were feared dead on Tuesday after the vehicle plunged into a drain on Benin-Ore Expressway. In Edo State.

Witnesses said the driver of the vehicle belonging to SOG Motors lost control as he was descending the approach to Ovia River, crossed the wide expressway and plunged into the drain.

As at the time Metrostarng arrived the scene, road safety marshals had removed the corpses of three men from the bus.

The lone male survivor of the crash was seen helping to remove the bags from the bus.

Information from policemen at the scene indicated that the survivor’s wife, who was also travelling in the bus, was rushed to hospital.

An unconfirmed report said she died on the way to the hospital.

The corpses were moved to the mortuary of University of Benin Teaching Hospital by road safety marshals.