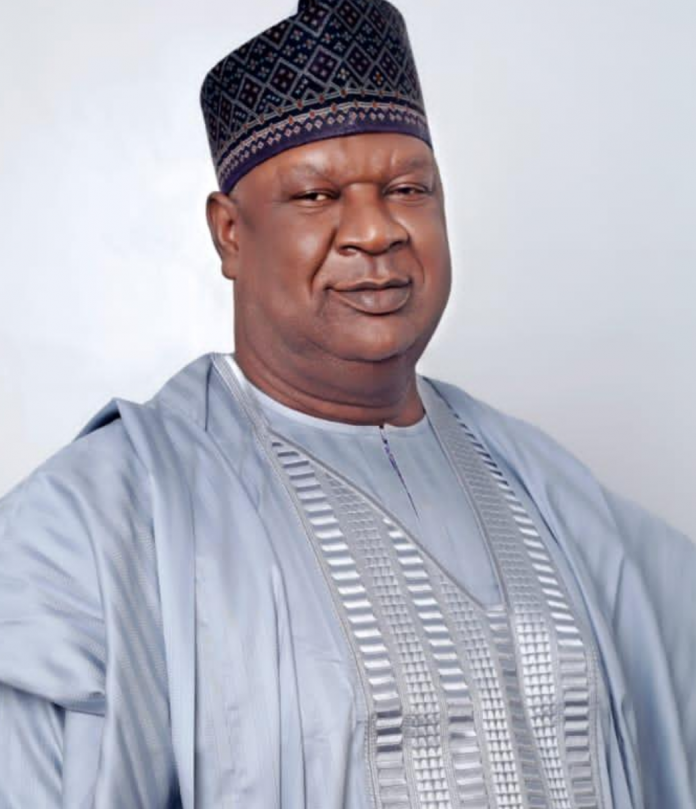 Zonal and state executives of the Peoples Democratic Party (PDP) as well as select political leaders and elders from the Southeast have endorsed the presidential aspiration of the former Senate President, Anyim Pius Anyim.

The endorsement took place at a briefing and consultative session hosted by Anyim, former Secretary to the Government of the Federation (SGF), in Enugu on Thursday.

The political leaders from across Abia, Anambra, Ebonyi, Enugu and Imo states, said they were endorsing Anyim taking “due cognizance of his precious record of distinguished and unblemished service as President of the Senate and Secretary to the Government of the Federation.”

The PDP zonal leaders and elders said in all the positions, Anyim distinguished himself as a detribalized statesman, consensus builder and true nationalist.

In a ten-point resolution issued at the end of the meeting, and signed by Senator Theodore Orji, former governor of Abia State, who also chaired the session and Chief Duru-Iheoma, SAN, former chairman of PDP in Imo State, the Southeast PDP stakeholders reiterated that the people of the geo-political zone “have earned the right to occupy the office of President of the Federal Republic of Nigeria in 2023 on account of their eminent qualifications and overwhelming contributions to the development of all parts of the federation through the years.

They said because of that, “the choice of a South East citizen as presidential candidate of the party in 2023 will guarantee to every Nigerian a sense of equity, justice and inclusion in the management of the affairs of the nation. In our view, this is the best way of ensuring that we build a nation that leaves no one or group behind.”

The resolution further read: “On account of the foregoing, we congratulate Senator Anyim Pius Anyim for the patriotism of his decision to offer himself for national service by aspiring to contest in the 2023 Presidential race.

“We take due cognizance of his precious record of distinguished and unblemished service as President of the Senate and Secretary to the Government of the Federation. In these positions, he distinguished himself as a detribalized statesman, consensus builder and true nationalist.

“We, therefore, unanimously endorse his aspiration with all conviction and enthusiasm and eagerly commend him to the rest of the nation as a worthy leader who will pilot the affairs of the nation towards greater security, unity and prosperity for all citizens.

“In furtherance of the foregoing, we hereby oblige Senator Anyim his request that we all join him to persuade and reassure every part of the country to do justice to the South East and thereby promote equity and justice as core values of our nation.

“In assuring Senator Anyim of our support for his aspiration, we wish to also extend the same hand of support and solidarity to all qualified and deserving sons and daughters of our zone with similar aspiration and who reach out to us as Senator Anyim has done.

“It is our solemn appeal to all the peoples of the South East zone to remain steadfast in the hope that we can all join hands in solidarity with all other parts of the federation to build a prosperous nation founded on democracy, equity and inclusion to the benefit of this great nation.”

In his speech, Anyim said he is stepping out with a sense of humility, as a Nigerian with patriotic fervour, considerable knowledge of Nigeria – its diversities and current challenges; and so properly equipped with clarity of the needed solutions.

“Let me elaborate; as a young officer, at the then Directorate of Social Mobilization, I understood the need for value orientation as a tool for instilling patriotism.

“I was also schooled to appreciate the value of social justice, equity and fairness as building blocks for social harmony and inclusion.

“As a young politician I imbibed the founding vision of the PDP as a grassroot movement that would provide leadership that will respect the rule of law, ensure that power belongs to the people and deliver national cohesion and inclusiveness through good governance.

“I have been privileged to understand our national problems and appreciate their enormity and peculiarities in the last 21 years from my vantage positions in both the legislative and the executive arms of government.

“Therefore, I have a clear view of the task ahead as well as the solutions needed to advance the cause of our country.

“My records as President of the Senate and as Secretary to the Government of the Federation clearly show that I am more interested in building strong institutions than seeking enhancement of personal power or position.

“My records show effective and efficient management of the nation’s diversity on the basis of equity, justice, fairness and inclusiveness.

“I am a committed believer in the rule of law; and will always promote and protect the sanctity of lives as well as the rights and liberties of all citizens.

“My decision is a product of some years of prayers, reflections and introspection on not just my capacity and preparedness to take on the task ahead, but also deep thoughts on our national challenges and the solutions they demand.”

“If it is not zoned to the South East, it will remain a burden on the conscience of the nation.

“Let me therefore at this point join all wellmeaning Nigerians to appeal to all the political parties to take the fair, just and equitable decision to zone their presidential slots to the South particularly the South East.”