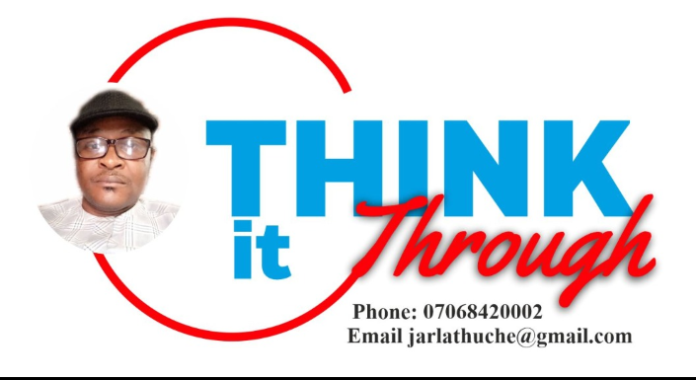 If only Buhari was the only problem of Nigeria, maybe I would have said we have no problem. Why? Just a matter of few years he will be done from the political stage and the curtain wily-nilly will fall and the glow and shines of his shenanigans, tribal obsession, religious bigotry and nepotistic brashness would be dismantled and opaque by the wave of the dawn of a new administration. Sadly such isn’t the case and wouldn’t happen!

Nigeria is a complex nation, we all live in our individual maze, each trying to figure out the very simple,cheap, and selfish ways to navigate life to ones advantage.

No leader no matter the depth of expertise, the unconquerable spirit of excellence and the wave of zeal and determination to achieve result would be a able to succeed without the masses corporation.

He can only provide the direction, the level playing ground, the enabling environment , the command and influence. He is neither omnipresent nor endowed with the gift of by location.

The tragedy is that , Nigeria is bereft of such class of leaders and as well misfortune in having large number of her population driven by egotism and eccentric behavioral disposition to cheating selfishness, aggrandizement and boundless crave for instant material elevation.

I have had swell moments chatting with some young Nigerians in their teens. Their dreams are usually big, exponential and mind-blowing.

Majority of them see things and life from a “moral-less” stand point. Nothing seem immoral to them, everything is good and desirable once there is an intrinsic goodness at the end regardless of the means which may of course be very reprehensible.

Their approach to things isn’t from such angle of what would the society say but more from the end result of how much of gains and pleasure are involved and how would such improve their financial base.

With the rate at which the world is moving,we may one day wake to meet a generation already dug holes of extinction for their future just like the dinosaurs.

As much as we pray for visionary leaders, a visionary leader without a complementing and positively indulging masses would amount to one hand trying to clap resoundingly. We need each other, the leader and the led have duties in dove tail manner for a perfect society to emerge.

Just few days ago, fuel lines resufaced in Abuja and Lagos. The Government claims there are enough PMS to go around, “the long queues are just a reflection of panic buying” so they said, while the Independent Marketers claim they can’t restock. Who is on the line of lies and political correctness?

Anyway, this is not new, we are use to this rhetorics. Smokes just don’t come from the blues. Always , there must be fire somewhere.

As we continue to wait for the fire, it beats me hollow how Nigerians can be shady, dirty, tricky, greedy, brash and malfeasance, especially when money is the talking point.

As the day breaks, the long queue of fuel lines continue to swell.

I didn’t succeed in buying fuel yesterday despite all the struggle. It became not only a waste of time but an adventure that eventually mared my planned outing with my wife. This morning I decided to try my luck once again.

I made calls to see how easier it could be without joining the long queue. Each of the calls did not give me the assurance of getting a fuel. Not wanting a repeat of such futile scouting yesterday I decided to join the queue at the fuel station close to my house. Though the queue was long, I was sure of getting fuel no matter how long.

The movement of the queue was so slow, the organization very shabby and uncordinated.

People with kegs to buy for retailing were quite huge and the number of Keke and motorcycle for same mission very alarming.

For the first three hours, the attention of the pump attenders was on those with kegs. The extra money charged outside the normal amount was enough incentives for them.

When eventually cars were allowed inn, each tank filled attracted an extra fee of N500. He looked straight into my eyes and made a demand of such an illegal fee.

Though I was suprised at such an illegal charge, however,my suprised shock was more on the person demanding than on the amount.

He was my best friend among the pump attenders. There was no week I don’t buy from his pump. My disposition towards him was caused more by his friendly disposition and humble mien. Quite unassuming and obviously reserved.

That was the guy that asked me for the extra charge for my tank to be filled. Eeh shock me!

If such a guy as unassuming and quiet as he was could be that barefaced to ask for gratification on a fuel that has no hike in price, then Nigeria and Nigerians are jakajaka!

Sadly, this shady deal was brazenly enforced on innocent people in the presence of some Police officers and the fuel station supervisor.

One could as well ask what a DPO of a police station was doing in a fuel station? To provide security and ensure calmness and later have his hands greased adequately. Such is the game,a serious Nigeria factor, eating deep into our values.

What other name could one possibily tag this behavioral disposition than greed, insensitivity, exploitation etc?

The few hours I stayed patiently on the queue made me see Nigerians in their elements. Every circumstance is just a gate for exploit by hook or by crook. Always in a hurry to get things done, unmindful of whose ox is gored and ready to burn the bridge once they have crossed.

Why would anybody try to shunt in such a trying moment. From nowhere, he tried to chance people who for hours have been waiting patiently to get fuel. What did he get, a smashed windscreen by a DPO. Was the guy right? Was the smashed windscreen a justifiable consequences of his act?

It didn’t deter others. They still tried to shunt and in their conscienceless mood felt it was smartness.

Ours is a country of riches and wealth. A country where oceans flow, seas surge and rivers glitter in ripple, still people get either dehydrated or wash with spittles.

Ours is a country where people’s hands have been soiled and stained, correcting evil and obvious filtiness becomes a big moral burden.

We are a country in dire need of fresh air. Fresh air of firmness, boundless honesty and fairness. Fresh air of courage to say things in their rawness of facts and figures without compromising. Fresh air of standing on the side of truth even when it is not popular. Fresh air of not being able to be cowed by incentives and handouts.

The truth is, our hands are not clean, seeking for equity and justice in Nigeria may be a long trek.

Everybody has one small skeleton or the other hidden and stashed away. Each time we try to talk and walk on the path of critical deconstruction of ills in the society, the very mirror of the very thing we would want to correct, fixed right inside us jeers at us hypocritically.

In this kind of scenario ,it is either one soft pedals, compromises or have ones mouth sealed for life.

Dirty hands, tricky minds : The albatross of Nigeria. We are one way or the other guilty of the very sin or ill that hunts and hurts us as a nation.

Nigeria will only take its pride of place when every hands that would hold the plough of leadership is free from skeleton in the cupboard no matter how small.

Until that is done, compromise, settlement, ingratiation etc would be the banner , the flag and of course the anthem of our dear country.

Grace will help us!