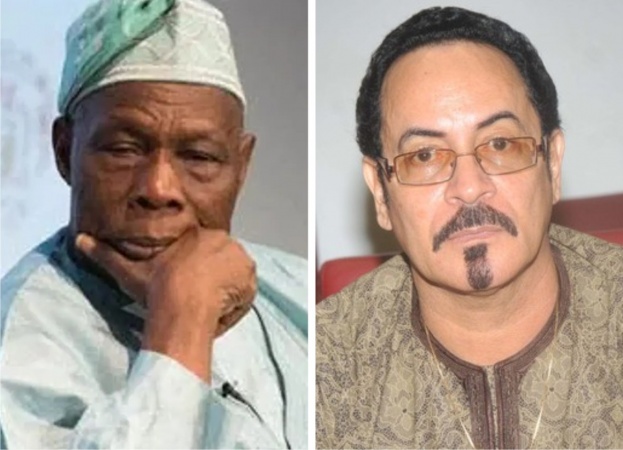 Speaking Sunday at Igbotako, Okitipupa Local Government Area of Ondo State, at the celebration of the 80th birthday of General Olu Bajowa (Retd), Sunday, Obasanjo said it was Bajowa that saved him from being killed by the coup leader, Lieutenant Colonel Buka Suka Dimka.

According to the former president, Bajowa had called to ask him (Obasanjo) to wait for him, that he Bajowa was coming to his house that fateful morning.

Obasanjo said it was this delay (of waiting for Bajowa) that saved him from being killed by the coup plotters on his way to the office that morning.

But reacting to the said story after reading it in News Express on Monday morning, Tee Mac, said Obasanjo’s claims were “not precise”.

In a chat with News Express, Tee Mac said the man that saved Obasanjo was Chief Saliu Bolaji Bakare, an astute businessman, and not any delay caused by Bajowa as claimed by the former military Head of State who later became a two-term President of the country.

According to Tee Mac, that morning of Dimka’s coup which claimed the life of then Head of State, General Muritala Muhammed, he had gone to the house of Chief Bakare for a business transaction, and his host hinted that Obasanjo, then second-in-command to Muritala, was hiding under the bed in Bakare’s house to avoid being caught by the coupists.

“Dear Sunny, the Obasanjo story is not precise. I went in the morning to the house of Chief S.B. Bakare from whom I leased the land of the Surulere night club and found unusual security at the gate.

“I sent a message to Chief S.B. Bakare that I wanted to bring him some money. I was taken straight up to the first floor, his bedroom, where he sat on the balcony. He told me General Obasanjo was downstairs in the siting room hiding, that he will be most likely our next head of state.

“Chief Bakare said I should keep it to myself. I remember having heard on the radio that morning that there was a coup attempt. I also remember how I was checked by soldiers on the way to Queensdrive,” Tee Mac narrated.

The globally celebrated flutist disclosed further that after the coup, he mentioned the matter to the former President during an encounter.

“I mentioned this to OBJ a few years later when I met him at his farm,” he said.