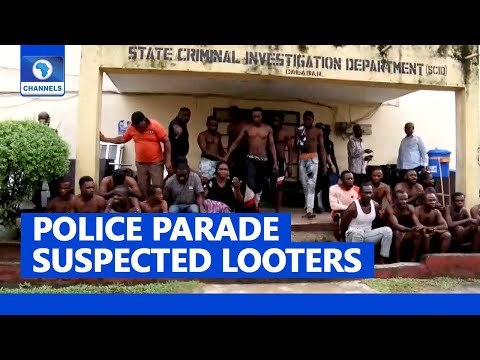 Angry mobs on Saturday looted the homes of some senators, members of the House of Representatives and state lawmakers as well as warehouses containing COVID-19 palliatives in various parts of Nigeria.

In Ibadan, the Oyo State capital, a mob invaded the home of Senator Teslim Folarin and carted away millions of Naira worth of property.

The home of Senate spokesman, Bashiru Ajibola, in Iwo, Osun State, was invaded by a mob.

They carted away motorcycles and other valuables.

Some other federal and state lawmakers suffered a similar fate.

In the Ekiti State capital, silos containing tons of maize treated with chemicals and being prepared for planting were attacked.

The state government promptly issued warnings to the people not to consume the grains.

In Calabar, the Cross River State capital, mobs attacked and burnt down the home of the Chairman of the Niger Delta Development Commission’s Chairman, Senator Victor Ndoma-Egba, and sitting Senator Gershom Bassey.

KDSG strongly condemns the concerted incitement being done on social media. The government appeals to all our communities to reject incitement and resist the attempt to create chaos and anarchy.”