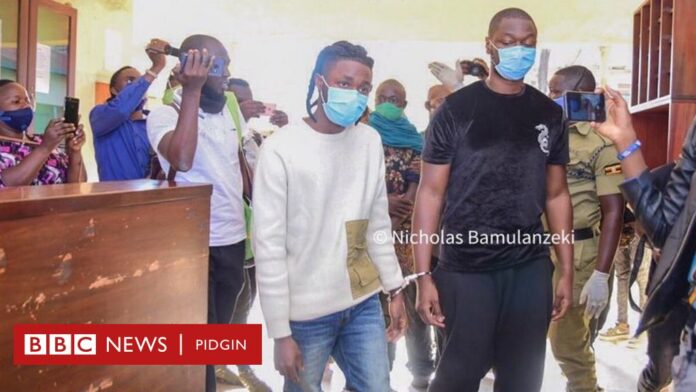 A Ugandan court on Monday remanded Nigerian artiste, Stanley Omah Didia aka Omah Lay and six others for holding a concert contrary to COVID-19 protocols in the country.

The Ugandan Police Force in two tweets said: "The Nigerian trio of Stanley Omah Didia alias Omah Lay, Temilade Openyi alias Tems and Muyiwa Awomiyi have been charged to court in Makindye on charges of Negligently doing acts likely to spread an infectious diseases C/S 171 of the Penal Code Act.

"The earlier plans of releasing them on police bond, were suspended after their casefile was sanctioned by the Office of the DPP.
They were jointly charged with four other Ugandans. All remanded till Wednesday 16.12.2020."

Phone: +2348154378732.
MetroStarng.com is your one stop portal for breaking news, entertainment, politics, business & opinion all across the world. We provide you with the latest news and breaking news as soon as they happen.
Contact us: [email protected]ail.com
FOLLOW US
© 2017 - 2021 MetroStarNG.com. All Rights Reserved