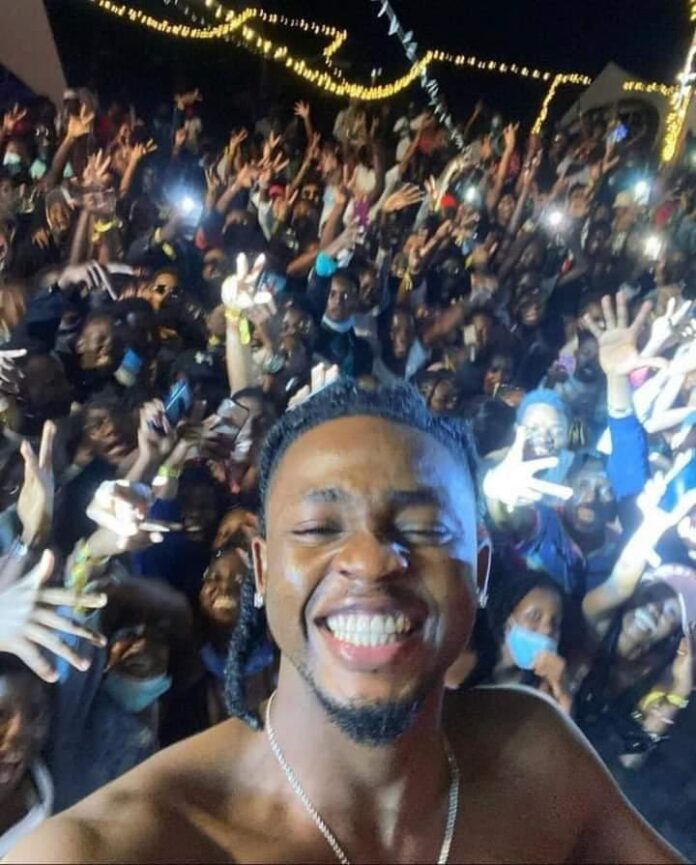 Controversy is surrounding the alleged arrest of a Nigerian artiste, Omah Lay, and three others for holding an unauthorised concert in the country.

Though the concert was widely publicized, Ugandan police claimed that the artiste did not get requisite authorisation to hold it.

They also said he breached COVID-19 protocols by holding the concert against laid-down health regulations.

Also arrested are the organiser, Benjamin Kabura, the manager of the venue, Ivan Ddungu, and the event manager, Prim Kasana.

The event manager contracted Omah Lay to hold the concert.

However, Ddungu tweeted that clearance was obtained from the police and health authorities for the concert.

He debunked the assertion by the Ugandan police about the arrests and thanked the people for turning up in their numbers for the show.

He added that the artiste had already returned to Nigeria.

However, Omah Lay confirmed his arrest in a tweet.

Yes I’m with the Ugandan police… something about the show from last night. Everything would be fine…